On Wednesday night, Italy returned to the Wembley stadium after 11 months, where they lifted the Euro 2020 trophy by defeating England on penalties. On the other hand, Argentina came into the match against the Euro champion with a 31-game unbeaten streak. And guess what? The Albiceleste have continued the trend of remaining undefeated as they beat Italy by 3-0.

Argentina boss Lionel Scaloni deployed a very strong lineup against Italy. He played the team in a formation of 4-3-3. The manager used Leo Messi to lead the attack with Angel Di Maria and Lautaro Martinez. On the other hand, Roberto Mancini also played his team in a 4-3-3 formation. Although some key players were unavailable due to injuries, Italy’s lineup was solid as well.

Don’t miss:  How can Barcelona afford to sign players?

However, the Copa America champion started dominating from the beginning of the match. Lionel Messi and Angel Di Maria were very threatening in the front. Moreover, they created some problems for the Italian defenders by swapping their positions. That put more pressure on Italy to handle them. As a result, Argentina scored their first goal as Lautaro Martinez found the net with the help of Leo Messi.

Throughout the game, Italy never appeared to be a serious threat. They created some chances, but those were not close to scoring goals. Moreover, Argentina doubled the lead as Angel Di Maria scored a classy chip goal in the additional time of the first half. Lautaro Martinez, who scored the first goal, assisted in the 2nd. As a result, Argentina went to the break with a two-goal lead.

Returning from the break, Italy tried hard to find the net. But Argentina defended very well. Christian Romero and Nicholas Otamendi, the two center-backs of Argentina, were rock solid in this match. Moreover, Paulo Dybala scored the third goal of Argentina at the very last moment. He scored a brilliant goal with the help of Leo Messi. S0 after 90 minutes, Argentina won the match by 3-0 and lifted the trophy of Finalissima. 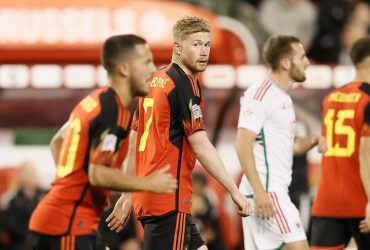