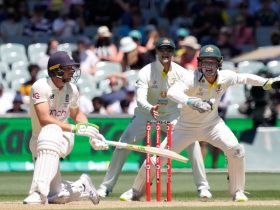 Aussie skipper Aaron Finch won the toss against Pakistan at Dubai International Stadium. He decided to bowl first. Both Australia and Pakistan played last night with an unchanged squad. However, Pakistan had doubts about Mohammad Rizwan and Shoaib Malik due to injuries before the match. But both have overcome before the semi-final and have played for the team.

As the Aussie captain chose to bowl first, Mohammad Rizwan and Babar Azam started the innings for Pakistan. They both have had a brilliant start in this match. They made an opening partnership of 71 runs. Pakistan lost their first wicket in the 10th over as Adam Zampa took the wicket of Pakistani skipper Babar Azam.

On the other side, Mohammad Rizwan made another magnificent partnership with Fakhar Zaman. They added 72 runs together on the scoreboard. However, opener Mohammad Rizwan had to go back after scoring 67 runs. It was the highest individual run of Pakistan.

However, Fakhar Zaman also got a half-century. He scored unbeaten 55 runs from 32 balls. As a result, Pakistan scored 176 runs from 20 over.  Mitchell Stark took two wickets for the Aussies. Adam Zampa and Pat Cummins also got one wicket each.

Chasing 176 runs, Australia lost their first wicket in the very first over. Shaheen Afridi took the wicket of skipper Aaron Finch in the third ball of his first over. But David Warner tackled the situation with Mitchell Marsh. After adding 51 runs together on the scoreboard, Marsh lost his wicket to Shadab Khan.

On the other hand, David Warner continued scoring runs. Unfortunately, he missed the half-century just for one run. Shadab Khan hit again as he took Warner’s wicket. Glenn Maxwell, the next batsman, failed to stay longer on the pitch.

Then Stoinis and Matthew Wade help Australia to chase the remaining runs. Marcus Stoinis scored unbeaten 40 runs. On the other side, Matthew Wade hit three sixes in the 19th over and registered the victory. 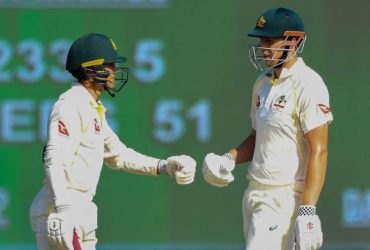 After a disappointing ODI series against Sri Lanka, Australia have ... 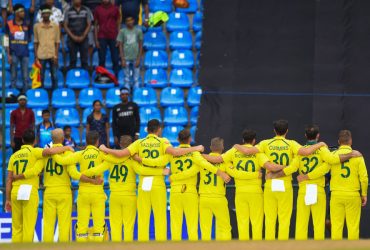 Australia won the last match of the series

Australia won the last match of the five-match ODI series ... 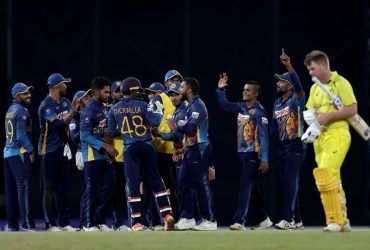 What a brilliant comeback Sri Lanka have made! Despite losing ...