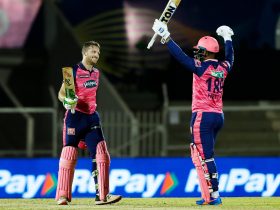 Bangladesh have made a brilliant comeback against the home team, Zimbabwe. After losing the first T20 match, Bangladesh defeated Zimbabwe by 7 wickets in the 2nd match and leveled the series. Bangladeshi spinner Mosaddek Hossain won the Player of the Match award for his fantastic bowling performance. He took five wickets alone.

Craig Ervine, the T20 skipper of Zimbabwe, won the toss and decided to bat first in the 2nd match. So, they started their batting innings with the two openers, Regis Chakabva and Craig Ervine. But their beginning was very poor as they lost the first wicket in the very first ball. Regis Chakabva lost his wicket as Mosaddek Hossain hit in the very first ball. Moreover, the spinner took another wicket in the same over. This time, Wesley Madhevere left the pitch, scoring only four runs.

Mosaddek Hossain was so deadliest in his opening spell. He destroyed the first five batters of Zimbabwe. However, Sikandar Raza tried very hard to tackle the disaster. He got a crucial half-century again in the second match, just like the first one. Before his departure, Sikandar Raza added 62 runs on the scoreboard with two sixes and four fours. In addition, Ryan Burl added another valuable 32 runs at the lower order. Relying on their bat, Zimbabwe scored 135 runs in 20 overs.

Chasing the small target, Bangladesh had a slow start. Liton Kumar Das and Munim Shahriar added 37 runs in the opening partnership. Unfortunately, Munim Shahriar failed once again to get runs. The next batsman also departed the pitch, scoring 16. However, Liton Das continued scoring runs. Liton has been in magnificent form since the start of 2022. He is also the highest scorer in the ODI format this year so far. Anyway, Liton Das scored the highest 56 runs from 33 balls against Zimbabwe. Before losing the wicket, Liton hit six over-boundaries and two boundaries. After that, Afif Hossain took responsibility with Najmul Hasan Shanto to chase the target. Both batsmen remained not out in this match. Afif scored 30 off 28 balls, while Najmul Shanto added 19 runs for the team. Depending on their runs, Bangladesh chased the target within 18 overs. As a result, Bangladesh won this match by seven wickets and leveled the T20 series. 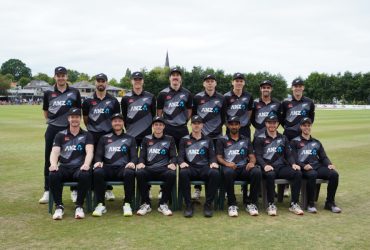