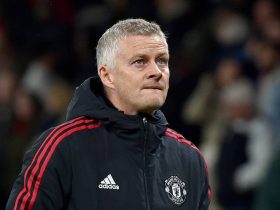 The Spanish club FC Barcelona continue showing their brilliant form in all competitions. They are playing brilliantly in every match under the new manager, Xavi Hernandes. Last night, they won against Galatasaray in the Round of 16 of the UEFA Europa League. As a result, they have secured a place in the quarterfinals of this tournament. Moreover, Barcelona are unbeaten in 11 matches in all competitions.

In the first leg of the Round of 16, Galatasaray earned a point from Camo Nou, the home ground of FC Barcelona. So, both teams looked to win the match of the second leg. As a result, the Spanish side traveled to Turkey to play the 2nd leg against Galatasaray. Both managers played their best possible XI in this match.

Galatasaray, the home team, gained an incredible crowd at the NEF Stadium. That boosted the energy of the home team’s players. So, they took the lead from a corner kick in the 28th minute of the match. Defender Nascimento Teixeira netted the ball with a brilliant header to score that goal. But the visitors didn’t take much time to find the equalizer. They leveled the scoreline within ten minutes. Spanish youngster Pedri scored an amazing goal in the 37th minute. So, the first half ended in a 1-1 tie.

Returning from the break, Barca played better football than the first part. They created many chances in the second half. Additionally, they took 19 shots aiming at the opponent’s net, four of which were on target. As a result, Barcelona didn’t have to wait much for the next goal. They just took the lead in the fifth minute of the second half. This time, Pierre-Emerick Aubamenag netted the ball for the Blaugrana. Aubameyang has now scored seven goals in seven games for Barcelona.

However, both teams couldn’t score more goals in the remaining minutes. So, FC Barcelona won the match against the Turkish side and secured a place in the quarter-final of the UEFA Europa League. At the same time, English club West Ham United also qualified for the next round by defeating the Spanish side, Sevilla FC. Tomas Soucek and Andriy Yarmolenko scored those two goals for West Ham to win the match. 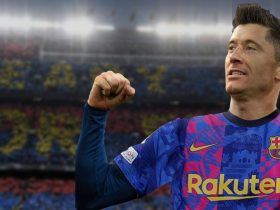 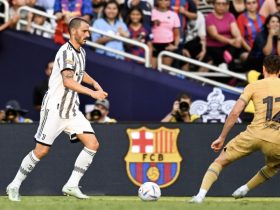 Moise Kean and Dembele grabbed all the headlines

Transfer Updates on Lewandowski and Koulibaly 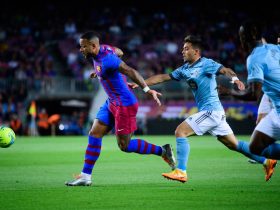