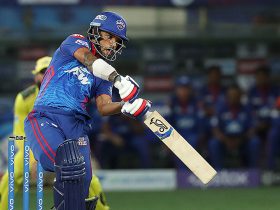 Big Bash refers to the Australian T20 Cricket League. Eight teams are playing in this tournament this year. Last night Brisbane Heat won against Adelaide Strikers by 39 runs at the Adelaide Oval stadium. The win lifted Brisbane into fourth place in the points table. On the other side, the Strikers remain in the 5th. They have won just one match in their last five games.

Brisbane skipper Jimmy Peirson won the toss and elected to bat first. Both openers of Brisbane Heat started hitting from the beginning of the match. But, opener Chris Lynn could not stay longer on the pitch. He lost the wicket in the last ball of the first over. Adelaide bowler Wes Agar took the wicket of Lynn. But before losing the wicket, he hit two boundaries in the first over.

The other opener, Max Bryant, made a small partnership with Tom Cooper. They added 24 runs on the scoreboard. Then, Cooper had to go back to the pavilion as he lost the wicket to Peter Siddle in the 3rd over. After a while, Max Bryant also left the pitch, scoring 32 off 20 balls.

However, Brisbane Heat scored a very challenging run, relying on the middle-order batsmen. Ben Duckett played devastating innings against the Adelaide Strikers. Before losing the wicket, he scored the highest 78 runs for the Heat. On the other side, Sam Heazlett supported him. Sam also played very crucial innings but missed the half-century only for one run.

Chasing a massive target in 20 overs, the Strikers batsmen lost wickets early. Like Brisbane, the Strikers also lost their first wicket in the fifth ball of the first over. Their first three batsmen were failed to score a big run. But Jonathan Wells tried to tackle the situation. He made a partnership of 71 runs with Matt Renshaw. Unfortunately, Wells lost the wicket after scoring 55 runs for the team. The remaining batsman couldn’t score a notable run so, Adelaide Strikers lost the match.