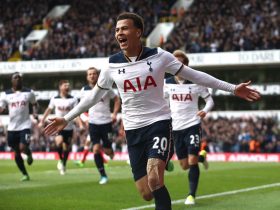 Chelsea have hijacked a deal from Arsenal. Arsenal were the favorite to sign the Ukrainian wonder kid, Mykhailo Mudryk. From the very first day of the January Transfer Window, Arsenal kept monitoring Mykhailo Mudryk. They were desperate to sign the player. That is why Arsenal made a massive bid for the Shakhtar Donetsk winger.

Arsenal have been doing great this season. They are the table topper of the English Premier League. But Arsenal boss Mikel Arteta wants to strengthen his squad more. Mikel Arteta made it his priority to bring Mykhailo Mudryk from Shakhtar Donetsk.

In addition, Arsenal did their best to bring the player. They made a bid of €70m plus €25m ad-on. But everything changed when Chelsea entered the race. Chelsea’s co-owner Behdad Eghbali flew to Turkey to discuss Mudryk’s deal.

After the negotiation, both parties have agreed to make the deal complete. Chelsea offered a package of €100m. They will pay €70 million first, and the remaining €30 million will be added on as an add-on.

However, Chelsea have released a statement following the transfer. They stated, “Chelsea are discussing terms with Shakhtar Donetsk for the transfer of Mykhailo Mudryk. Should a deal be agreed between the two clubs then the Ukrainian international, who can operate as a winger or a forward, will discuss personal terms with the Blues ahead of a permanent transfer.”

However, Mykhailo Mudryk has arrived in London. He has undergone the medical as well. It is believed that the Ukrainian winger will sign a long-term contract, which could last for seven years.