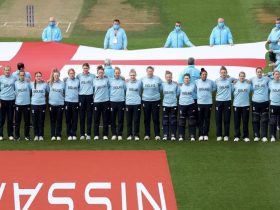 The England Women are finding the winning track, having won two matches in a row in the ICC Women’s World Cup. Today, they win a thrilling game against the New Zealand women by only one run. With this win, England have leveled the points with the Black Caps. They are standing in 5th place with four points, but the home team played one match less than New Zealand.

Heather Knight, the skipper of England, won the toss at Eden Park and decided to bowl first. So, Sophie Devine and Suzie Bates started the innings for New Zealand. They were looking good on the pitch as both batters were getting runs. They played the first ten overs without losing any wickets. Moreover, Sophie and Suzie have been picking runs at the run rate of 6. But their partnership was broken in the 12th over as Kate Cross picked up the wicket of Suzie Bates.

After that, the skipper made another partnership with the new batter, Amelia Kerr. They added 35 runs together on the scoreboard. Unfortunately, Amelia Karr had to go back to the pavilion after scoring 24 runs. On the other hand, Sophie Devine missed the half-century just for nine runs. Before losing the wicket, she scored 41 runs with five boundaries. However, Maddy Green took the responsibility in the middle-order. She accelerated the pace of scoring runs. But the remaining batters couldn’t give her enough support to set a big target. Maddy Green remained not-out in 52 runs. Unfortunately, New Zealand became all-out in 203 runs.

The Kiwi bowlers also have done well in bowling. They took two wickets of England within ten overs. But the British skipper tackled the situation on the third wicket. She made a brilliant partnership with Nat Sciver. Heather Knight added 42 runs before her departure, while Nat Sciver didn’t miss the half-century. She scored the highest  61 runs for England. However, Sophia Dunkley played a crucial innings in the middle-order. She scored 33 runs, which was enough to win the match. As a result, England sealed victory in 48 overs, having lost nine wickets.

Don’t miss:  England Women are through the final 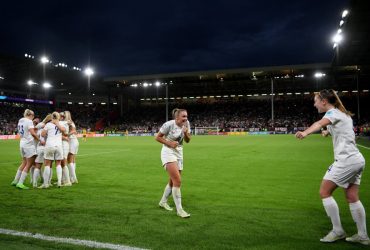