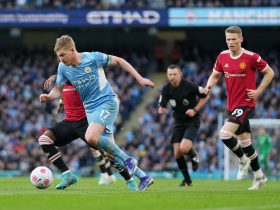 The English Premier League will feature three matches today. Newcastle United will play against Everton FC in the first match. At the same time, West Ham United will host Watford FC at the London Stadium. After a while, Manchester United will face Burnley FC in an away match.

Everton FC will visit St. James’ Park to play against the home team, Newcastle United. The Toffees are having a tough time in the Premier League. They have lost four of their last five games. Currently, they are in 16th place, four points ahead of the relegation zone.

On the other side, Newcastle United are also not having a good time. They are in 17th in the league table, just one point ahead of the relegation zone. However, Newcastle have won their last two matches. So, their confidence level will be higher than the visitors.

Anyway, both teams have signed some quality players in the Winter Transfer Window. Everton appointed Frank Lampard as their manager. After talking the charge, Lampard signed Philippe Coutinho and Donny Van de Beek on loan. So, the match will not be an easy game for both teams.

After a disappointing defeat in the FA Cup against Middlesbrough, the Red Devils are looking to bounce back today at the Turf Moor stadium. However, Manchester United entered the top four places, winning the match against West Ham United. Now they are trying to stay in those places.

On the other hand, the home team is worried about being relegated. They are at the bottom of the table, having only 13 points from 19 matches. In addition, Burnley have lost their previous five league games against Manchester United without scoring a goal.

There are several Covid issues in the squad of the Red Devils. Two Brazilian players, Fred and Alex Telles are suffering from Covid-19. However, Paul Pogba and Raphael Varane returned to the squad after a long time. Both have played in the FA Cup against Middlesbrough. Moreover, Edinson Cavani and Jesse Lingard are also back on the squad. Informing the team news, Manchester United manager Ralf Rangnick said,

They are both (Edi and Jesse) available and will both be part of the squad for tomorrow’s game at Burnley, Both are top professionals, both have been training well.