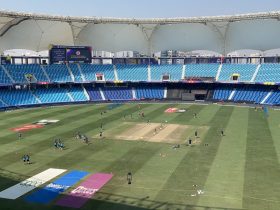 Scotland have surprised Bangladesh in the first match of Group B in ICC Men’s T20 World Cup. They beat Bangladesh by six runs at Al Amerat Cricket Ground, Oman. It is the second time Bangladesh have lost to Scotland in the history of T20 cricket.

Bangladesh captain Mahmudullah Riyad won the toss at Al Amerat Cricket ground and elected to bowl first. Mahmudullah wanted to take the wickets of Scottish players as soon as possible. That is why he chose to bowl first. His decision seemed to be right when Bangladeshi bowlers started taking wickets. In the third over, Scotland lost their first wicket. Captain Kyle Coetzer left the pitch with zero runs. Mohammad Saifuddin took the wicket in the third over.

The other opener George Munsey tried to build up a partnership with Matthew Cross. They added 40 runs together on the scoreboard. But spinner Mehedi Hasan picked up the wickets of both batsmen. George Munsey scored 29 runs, and Matthew Cross scored 11 runs before losing their wickets. However, Chris Greaves and Mark Watt boost up the speed of scoring runs in the last moment. Greaves picked 45 off the 28 balls while Watt scored 22 runs from 17 balls. The rest of the batsmen could not score notable runs. As a result, Scotland gave a target of 141 runs to Bangladesh.

The two openers of Bangladesh, Liton Das, and Soumya Sarkar failed to score enough. Both of them lost their wickets after scoring five individual runs. Therefore, Bangladesh lost two wickets in just 18 runs. On the other hand, the two senior players of Bangladesh, Mushfiqur Rahim and Shakib Al Hasan tried to recover from the disaster. They made a partnership of 47 runs. Shakib had to go back to the pavilion after scoring 20 runs. After a while, Mushfiqur Rahim also lost his wicket to Chris Greaves after 38 runs.

Captain Mahmudullah Riyad fought until the last but could not save the team. Bangladesh scored only 134 runs from 20 overs. As a result, Scotland registered their first victory in the ICC Men’s T20 World Cup 2021.

Ralf Rangnick is set to be Manchester United’s new manager 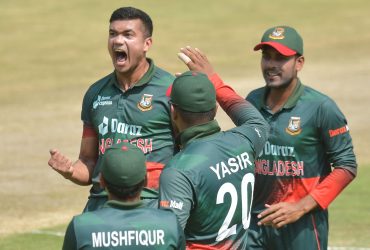 The Bangladesh Cricket Team has created history by winning the ... 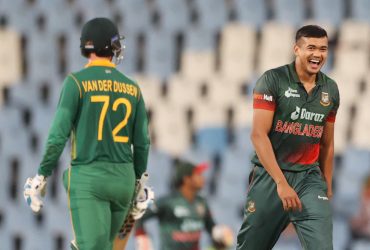 A few years back, Bangladesh had to depend on five ... 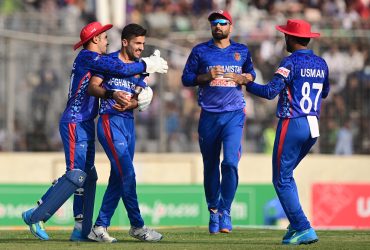 Afghanistan have leveled the two-match T20 series against Bangladesh by ...