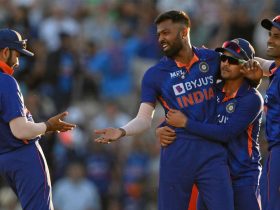 India won the first T20 of the series

The Three Lions are ready to play their quarterfinal against Senegal. The match will begin at 10 p.m. local time at Al Bayt Stadium. However, England boss Gareth Southgate had a press conference today. Read Southgate’s exclusive words below:

Gareth Southgate is well aware of Senegal. The African Champion qualified for the last 16 from group A. Senegal defeated Qatar and Ecuador in the group stage. Therefore, Gareth Southgate knows the match won’t be an easy task for England.

Southgate said, “Now, we’ve got a different challenge again – a team that are very confident, the African champions, so they come with that feel about them. They have different threats to the other teams that we’ve played and also, defensively a little bit different. We’re under no illusions that that’s going to be a really difficult game.”

England won two games in their group. But they tied the match against the USA. But there are many areas where England should improve, according to the manager. He said, “I think we have reviewed it and, definitely, in the first half [against Wales], we feel that we could’ve used the ball even better than we did.”

England have many quality players in their squad. Therefore, it becomes difficult for the manager to select the starting XI. Southgate said, “Whenever you’re selecting a team, it’s always complicated, you’re always trying to get the right balance for your team, the right balance to exploit and deal with the opposition.”

England’s boss said, “It’s always something that takes time, there’s a lot of discussion with the staff. But we’ve got to try and make the best decisions that we can. We’ve got players, whoever we start, to come into the game, that are playing well and confident. That’s a good position to be in.” England completed a clean sweep as they won all three ...