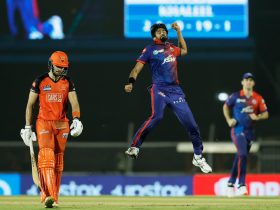 The champion’s list of the Indian Premier League has been updated with a new name. Gujarat Titans, who have participated in the IPL this season for the very first time, became the champion of IPL. Last night, they defeated Rajasthan Royals by 7-wickets to lift the trophy. Hardik Pandya, the captain of Gujarat Titans, became the Player of the Match for his outstanding performance.

Last night, Gujarat Titans and Rajasthan Royals met at Narendra Modi Stadium to play the final match of the Indian Premier League. Gujarat Titans have been playing extremely well throughout the tournament. They ended the group round, standing on the top of the table.

However, Rajasthan’s captain Sanju Samson won the toss and decided to bat first. So, Yashavsi Jaiswal and Josh Buttler came down to the pitch to start the innings for the Royals. Both batsmen had been brilliant in the entire tournament.

Like the other days, Yashavsi Jaiswal and Buttler played aggressively from the beginning of the match. Their intention was to score massive runs in this match. Unfortunately, the collaboration between the two players broke in the fourth over. Yashavsi Jaiswal lost the wicket to Yash Dayal after scoring 22 runs.

After losing the first wicket, the pace of scoring runs became a bit slow. Josh Buttler tried to make a partnership with the captain, Sanju Samson. They added 29 runs on the second wicket. But, the skipper couldn’t stay long on the pitch. He departed the pitch after scoring 14 runs. After a while, Josh Buttler also lost the wicket. He scored the highest 39 runs for the Royals before losing the wicket. The remaining batters of Rajasthan Royals couldn’t score mentionable runs. As a result, their innings ended in 130 runs.

Defending the low target, Rajasthan Royals had a great start as they picked up the first wicket of the Titans in the second over. The Royals made the match exciting by picking up another wicket in a short time. Kiwi pacer Trent Boult took the wicket of Matthew Wade.

However, Shubhmann Gill made a brilliant partnership of 63 runs with the skipper, Hardik Pandya. This partnership brought the team closer to the target. But, Pandya departed the pitch after scoring 34 runs. Anyway, Shubman Gill chased the target successfully with David Miller. Both batters remained not out in the final. They chased the runs within 19 overs to lift the trophy. 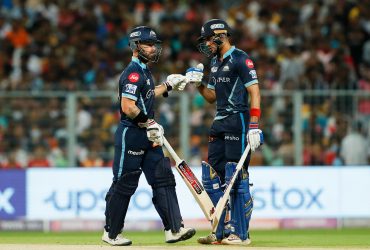 Gujarat Titans have secured their place in the final of ...