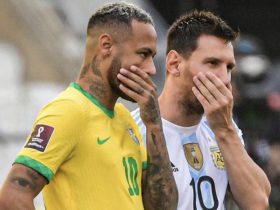 The FIFA World Cup in Qatar has become very unpredictable. The world cup has seen many top teams fail and be eliminated, but Morocco made it to the semifinals. Morocco have created history by becoming the first-ever African country to qualify for the semifinals of the world cup. But how was Morocco’s journey so far in Qatar?

From the African zone, Morocco qualified to play in the world cup. They were in Group F, where they played against Croatia, Belgium, and Canada. However, Morocco’s first match was against Croatia, and they tied the game. But Morocco surprised the world in their second game. They defeated Belgium by 2-0. The Red Armies also beat Canada and qualified for the last 16 as the Group Champion.

Morocco faced Spain in the round of 16. Spain were clearly the favorite side against the Moroccans. But guess what? They kept the entire match goalless and went to the tie-breaker to get the result. Furthermore, Morocco defeated Spain on penalties and knocked them out of the world cup.

Morocco played the quarterfinal last night against Portugal. Like Spain, Portugal were also the favorite in this match. But Morocco continued shocking the world. They defeated Portugal by 1-0 and ended Ronaldo’s last world cup, making him cry. Thus, the African nation qualified for the semifinals, making history. However, they will face France in the semifinal.

Morocco have already played five games in the Qatar world cup. But, their stats will surprise you. They played against Croatia, Belgium, Spain, and Portugal and eliminated all of them without conceding any goals.

In this world cup, Morocco is the only team to concede a goal from an opposing player. Morocco conceded only one goal, which was an own goal during the match against Canada. Morocco have the advantage of their height. All their back fours are above six feet. As a result, they can easily clear the ball in the air. Moreover, the Moroccan players are also physically very strong.

Morocco’s manager is also developing the team day by day. His tactical brilliance has surprised many well-known managers. Walid Regragui, the manager of Morocco, praised his players for the hard work they have done. He said, “We’re becoming the team that everyone loves at this World Cup, because we’re showing that even if you don’t have as much talent, if you show that desire, heart and belief, you can achieve. I’m sure many of you will say this is a miracle, but we’ve won without conceding against Belgium, Spain, Portugal and that’s the result of hard work.”