Lionel Messi, the Greatest of All Time, has been carrying Argentina with his brilliant form in this world cup. The Qatar World Cup is probably Messi’s last world cup. Therefore, Messi came here with Argentina to accomplish his mission.

At the age of 35, Lionel Messi is competing with Kylian Mbappe for the Golden Boots. Mbappe is the top scorer of this tournament so far with five goals, while Lionel Messi scored four for Argentina. Besides, the Argentine superstar also registered two assists on his name.

His brilliant form already destroyed the Netherlands in the quarterfinal. Tomorrow, Argentina will face Croatia in the semi-final. And Croatian manager Zlatko Dalic and midfielder Luka Modric are planning to stop Lionel Messi tomorrow.

What has Zlatko Dalic said?

Last night, Zlatko Dalic, the manager of Croatia, had a press conference ahead of tomorrow’s clash against Argentina. He talked about how to stop Lionel Messi in the semifinal. Zlatko Dalic said, “We will devote special attention to the question of how to stop Messi. Personal branding doesn’t work, we didn’t do it last time[2018] and we won’t do it now. We need to cover the passes to him and reduce the spaces.”

The manager added, “He doesn’t run much, he doesn’t run behind the ball either. Wait and receive with all the strength and energy. We need to be very attentive to that.”

“This will probably be his last World Cup and maybe his last chance to win a World Cup with Argentina. Surely the last defeat in Russia will also have him motivated, so we hope to face a very good version of Argentina,” the manager added.

“Of course Leo (Messi) is very big, he is the best player of them, and we will have a lot of difficulties to stop him, but we are prepared and we are going to give everything. I hope it’s enough to be in the final,” Modric stated. 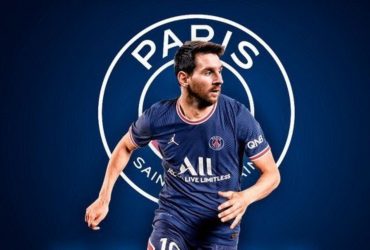 The top clubs in Europe are preparing themselves for the ... The FIFA World Cup is finally over, and Argentina have ...