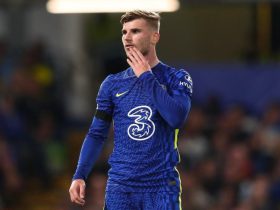 Arsenal are ready to play a crucial match today as they will host Liverpool at Emirates Stadium. Arsenal have been playing brilliantly from the beginning of the season. They have won seven of their eight games in the league, which sees them at the top of the table. On the other hand, Liverpool are having a difficult time in the league. With ten points, the Klopp boys are in 10th at the point table.

However, Arsenal boss Mikel Arteta has no doubts about Liverpool’s capability. Arteta is well aware of what Liverpool can do. The manager discussed various topics in a press conference with the club media. You can read every word Arteta said at the conference here.

on how much he’s looking forward to the game

Mikel Arteta is very excited ahead of the big clash against Liverpool. He said, “Again, it’s another really exciting game to play against one of the toughest opponents in this league. It’s going to be a really demanding match, and it’s gonna require us to be at our best again.”

Arsenal’s boss is well aware of Liverpool. “Obviously, it’s a big match. It’s a fixture that everybody’s looking for, against an opponent that has shown in the last five or six years the level that they have. And we have to show those opponents again that we have reached the level and we are ready to compete against them,” Arteta explained.

on Liverpool’s perceived dip in form

Arteta is respectful of Liverpool despite their poor standing at the table. The manager added, “I’m not here to judge what Liverpool are. I’m here to talk about what we do. I think what they’ve done in the last five years doesn’t need any presentation – it’s clear. They’ve been up there in every single competition for the last five years, so credit to them.”

on feeling extra pressure to rotate during the tight schedule

Arsenal have a very tight fixture ahead. The Fifa World Cup is coming. So, the Gunners will have to play more games before and after the World Cup. “Well, we know that the fixtures that we’ve been given have no precedence in this league because of the World Cup and with everything that we have to play in between. And then every team is different, every squad is different. And if you start to risks, you make the situation much worse. If everybody’s available and you have robot players that can play every three days, life is much easier! So it’s something that we have to experience, and test because at the moment, we don’t really know how it’s going to play out,” said the Arsenal boss.