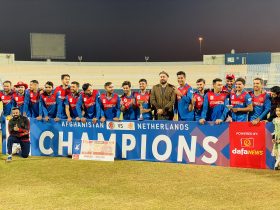 India are on the edge of being eliminated from the Super Four of the Asia Cup 2022. India were the group champion of Group A to qualify for the Super Four. But their journey on the Super Four was very poor as they lost their first two games. Last night, they lost a crucial match against Sri Lanka. Now their hope to play in the final depends on Pakistan’s hand. India may have a chance to play in the Final if Pakistan defeat Afghanistan today.

Last night, India faced Sri Lanka in a crucial match at the Dubai International Stadium. In this match, Dasun Shanaka won the toss and opted to bowl first. So, India started their innings with KL Rahul and Rohit Sharma.

Sri Lanka stunned the Indians by taking a wicket in the second over. Maheesh Theekshana picked up KL Rahul in the 2nd over. Virat Kohli also failed to open the scoresheet, leaving the pitch without any runs. But captain Rohit Sharma made a brilliant partnership with the new batter, Suryakumar Yadav. They added 97 runs together on the scoreboard.

Don’t miss:  India are in the driving seat against England

Unfortunately, Suryakumar Yadav lost his wicket after scoring 34 runs. Then the disaster started for India. The remaining batters failed to make a good impact on the scoreboard. However, the skipper fought alone on the crease. He scored the highest 72 runs only from 41 balls. Relying on his bat, India scored 173 runs in 20 overs.

Chasing the target, Sri Lanka had a flying start. Pathum Nissanka and Kusal Mendis, the two openers of the Lankas, made a fantastic partnership on the opening wicket. Together they added 97 runs on the scoreboard.

After that, India made a massive U-turn from the 12th over. They picked up four wickets between 12 to 15 overs. It seemed they could tie up Sri Lanka before 173. But, Bhanuka Rajapaksa and Dasun Shanaka stepped forward at that time and played a vital role. They made a partnership of 64 runs, which earned the victory for Sri Lanka. Moreover, both batsmen remained not out in this match. Depending on their bat, Sri Lanka won the game by 6 wickets.