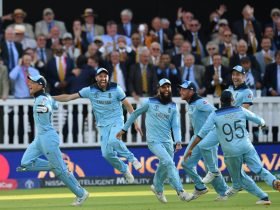 India sealed the three-match ODI series against the home team, England. The third ODI was the series-deciding match as both teams won one game each. Last night, Rishab Pant’s brilliance helped India to defeat England in the 3rd ODI at Old Trafford. As a result, India won the series by 2-1.

Last night, England welcomed India at the Old Trafford Cricket Stadium. In this match, Rohit Sharma won the toss and decided to bowl first. As a result, England started their batting innings with Jason Roy and Jonny Bairstow. Roy tried to be aggressive from the beginning of the match. But Jonny Bairstow couldn’t help him much.

England lost their first wicket as Jonny Bairstow departed the pitch in the 2nd over without scoring any runs. England lost another batsman in the same over as Mohammad Siraj picked up Joe Root. Losing two wickets in one over, England became slow in scoring runs. But Bairstow tried to build a partnership with Ben Stokes. Together they added 54 runs on the scoreboard. Unfortunately, their partnership broke when Jason Roy left the pitch after scoring 41 off 31 balls. After a while, Ben Stokes also lost his wicket.

After that, England’s captain came into the pitch to tackle the situation. He made a brilliant partnership with Moeen Ali. They added 75 runs together on the scoreboard. But, Ravindra Jadeja broke their partnership by taking the wicket of Moeen Ali. Meanwhile, skipper Josh Buttler returned to the pavilion after scoring 60 runs. However, the remaining batters of England couldn’t contribute much. As a result, England became all out in 259 runs.

Defending this score, England had a flying start. They picked up the first wicket in the 3rd over. Moreover, India lost three more wickets in 72 runs. It seemed England could defend the run to win the match. But Rishab Pant then came into the pitch and changed the scenario. He made a very crucial partnership with Hardik Pandya. They added 133 runs together for the team. However, Hardik Pandya stopped in 71 runs, while Rishab Pant remained not out in 125 runs. Relying on their runs, India chased the target in 43 overs. As a result, they won the match by 5 wickets and sealed the series.