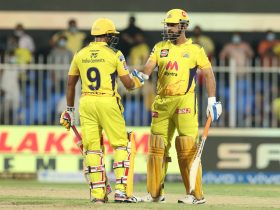 India have sealed the three-match T20 series against Sri Lanka by winning the first two games in a row. Yesterday, they completed the whitewash, winning the third game by six wickets. Indian young sensation Shreyas Iyer won both the Man of the Match and Player of the Series awards for his outstanding performance during the campaign. He scored 204 runs in this series against Sri Lanka.

India, the home team, made several changes in the squad. They tested the power of their bench-squad in the third t20 against the Lankans. At the HPCA Stadium, the Srilankan captain Dasun Shanaka won the toss and decided to bat first.

However, the visitors couldn’t start the innings comfortably. They lost the first wicket in the last ball of the first over. Opener Danushka Gunathilaka had to go back to the pavilion without scoring a run for the team. Sri Lanka lost another wicket in the second over. This time Pathum Nissanka lost his wicket to Avesh Khan. However, the visitors lost two more wickets in 29 runs. The top order was failed to score big runs for the team. On the other side, Dasun Shanaka tried to stay on the pitch as long as possible. He was the only batsman to cross 30 runs individually. Before losing the wicket, the Lankan captain got a half-century for the team. He added 74 runs from 38 balls only. The remaining players couldn’t contribute much. As a result, Sri Lanka scored 146 runs in 20 overs.

Chasing the target, the host team did not have a good start. Skipper Rohit Sharma departed in the second over. After that, Sanju Samson built a partnership of 45 runs with the new batsman, Shreyas Iyer. Unfortunately, Sanju Samson lost the wicket after scoring 18 runs. On the other hand, Shreyas Iyer continued picking up the runs. But the rest two players couldn’t give him the support. Deepak Hoda departed in 22 runs while V. Iyer lost the wicket after scoring only five runs. However, Iyer chased the target with Ravindra Jadeja. Both were not out in this match. Iyer scored the highest 73 runs for the Indian, while Jadeja added 22 runs. As a result, India won the third game and have completed the whitewash.