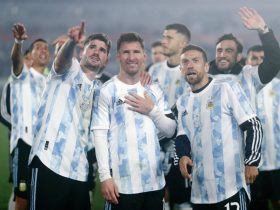 The FIFA World Cup is starting today. But France have another bad news ahead of their first match. The reigning champion has already lost some key players due to injury. Last night, they got another shocking news. Karim Benzema, who won the Ballon D’or, will miss the World Cup for France due to an injury.

Karim Benzema played his last world cup in 2014 in Brazil. He was also the top scorer for France in this world cup. Unfortunately, he failed to get a place in the France squad because of his poor form.

However, the Real Madrid player made himself one of the best strikers in recent years. He was also the top scorer in the UEFA Champions League 2021/2022 season. That is how he became the first choice for Didier Deschamps. Karim Benzema was supposed to lead the attack with Kylian Mbappe and Oliver Giroud in this world cup. Unfortunately, an injury left him out of the squad.

The French Football Federation (FFF) released an official statement on Benzema’s injury. They stated, “Karim Benzema is out of the World Cup. After hurting the quadriceps on his left thigh the Real Madrid striker is forced to give up on taking part in the World Cup. He went for an MRI scan in a hospital (clinic) in Doha, which unfortunately confirmed a tear.

How did Benzema respond?

In his official Instagram account, Karim Benzema wrote, “In my life I have never given up, but tonight I have to think about the team, as I have always done, so reason tells me to leave my place to someone who can help our group make a good World Cup. Thank you for all your messages of support.”

France manager Didier Deschamps was disappointed knowing the news. The boss said, “I am extremely sad for Karim who had made this World Cup a major objective. Despite this new blow for the French team, I have full confidence in my group. We will do everything to meet the huge challenge that awaits us.”