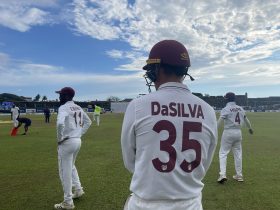 The Super Four of the Asia Cup 2022 started, where Pakistan faced India in the 2nd game at the Dubai International Stadium. They defeated India by five wickets and took revenge for the Group round’s defeat. However, Pakistan had to play until the last over to seal the victory.

Babar Azam, the T20 captain of Pakistan, won the toss and decided to bowl first in this match. So India started their batting innings with Rohit Sharma and KL Rahul. Both openers brought a flying start for India. They tried to be aggressive from the very first over. Moreover, Rohit Sharma added 54 runs with KL Rahul in the opening partnership. It seemed India could have scored 200-plus runs in this match.

But Haris Rauf came forward to break their partnership. In the 6th over, he picked up Rohit Sharma. However, Rohit added 28 runs from 16 balls only. KL Rahul also followed the same path as he lost his wicket in the following over. Like Rohit, KL Rahul scored the exact figure before his departure.

Chasing the target, Pakistan had a slow start. They also lost their first wicket early as skipper Babar Azam departed the pitch in the 4th over. But opener Mohammad Rizwan was rock solid on the crease. He made a 40 runs partnership with Fakhar Zaman. Although Fakhar Zaman lost his wicket after scoring 15, Mohammad Rizwan continued adding runs.

The opener made another brilliant partnership with Mohammad Nawaz. Nawaz was very aggressive on the pitch. Together they added 73 runs on the scoreboard. However, India made the match competitive as they picked up Nawaz (42) and Rizwan (71) in the successive two overs. In the last over, Pakistan needed 7 runs. Khushdil Shah picked up all these runs with Asif Ali and Iftikhar Ahmed just before one ball left.