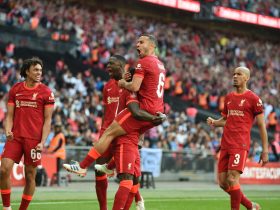 Current league holder, Manchester City, destroyed the Bielsa boys last night at the City of Manchester Stadium. Having scored seven goals against Leeds United, Man City remain at the top of the table with 41 points. Their nearest competitor Liverpool are four points behind them. So, if the same trends continue, the Guardiola boys are going to win the Premier League this season.

Last night, Manchester City beat Leeds United by a 7-0 margin. It is also the biggest margin win for Man City in this season. Besides, Leeds United dropped down to 16th place at the point table. Moreover, the Bielsa boys have won just one in their previous five league games and lost two. Leeds United are now only four points ahead of the relegation zone.

Manchester City welcomed Leeds at the City of Manchester Stadium. Home team manager Pep Guardiola made some changes in this match. He set up the team formation with 4-2-3-1. In the defense line, Guardiola had to replace Joa Cancelo because of his suspension. So instead of Cancelo, Guardiola played John Stones. In midfield, Guardiola used Kavin de Bruyne after a long time. On the other hand, Marco Bielsa also played his team with 4-2-3-1 formation. He didn’t make too many changes against Man City.

However, the visitors conceded the first goal at the beginning of the match. Phil Foden scored that goal in the 8th minute. Five minutes later, the home team doubled their lead as Jack Grealish found the net for the Citizens. Right-back Riyad Maharez passed the ball to him, and Grealish didn’t make any mistake.

Before the break, the Guardiola boys fired again. This time the City midfield maestro, Kavin de Bruyne got the goal. Leeds United tried to rearrange themselves, but couldn’t do that. They failed to score a single goal in the first half.

Coming from the break, Man City became more aggressive. They netted a total of four goals in the second half. The first goal of the second half comes very early. Riyad Maharez netted the fourth goal for the Citizens. However, Kavin de Bruyne hit again as he found the net in the 62nd minute.

Manchester City scored two more goals in the 74th and 78th minute. As a result, they won the game with a massive margin. With this big result, Man City got 31 GD (Goal Difference) in the point table. 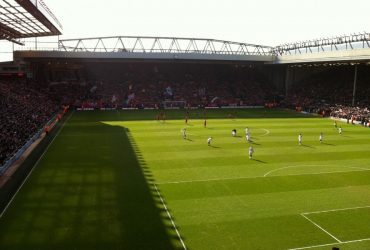 Both Chelsea and Liverpool are having a very difficult season ...