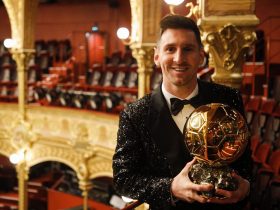 It has been a fantastic return to football for Manchester City. After six week break for World Cup, Manchester City played their first game last night against Liverpool FC in the Carabao Cup. However, the Guardiola boys outplayed Liverpool at Etihad Stadium, sealing a victory by a 3-2 margin. As a result, Manchester City have advanced to the quarterfinals, eliminating Liverpool from the last 16.

Pep Guardiola and Jurgen Klopp, the two managers from both sides, set up the same formation for their teams. Both managers played their teams in a 4-3-3 formation.

It was a speedy match as both teams were very aggressive from the beginning of the game. But it took only ten minutes for Erling Haaland to score for Manchester City after a long international break. The Norwegian found the net in the 10th minute from Kevin De Bruyne’s assist.

However, Liverpool FC became desperate to find the equalizer. They kept pressing the home team for goals. Finally, the Klopp boys leveled the scoreline as Fabio Carvalho found the net for Liverpool in the 20th minute. Both side didn’t score more in the remaining minutes of the first half. So, the first 45 minutes ended in a 1-1 tie.

Don’t miss:  Valencia are through the semifinal of the Copa del Rey

Coming back from the interval, Manchester City scored immediately. In the 47th minute, Riyad Maharez found the net for the Citizens. But guess what? Liverpool FC equalized once again within one minute. This time, Mohammad Salah scored for Liverpool in the 48th minute.

It seemed the match would be tied. But Kevin De Bruyne showed his masterclass. In the 58th minute, Kevin De Bruyne supplied the ball to Nathan Ake’s plate, and Ake didn’t make any mistakes. His powerful header found the net for Man City, which made the difference. Liverpool tried hard but failed to score in the remaining minutes. Therefore, Manchester City won the match by a 3-2 margin and have advanced to the quarterfinals.

Man City’s manager Pep Guardiola hailed his midfield maestro Kevin De Bruyne. Guardiola said, “Kevin has been eight years here. He just needs sometimes to find the right fire inside of himself, you know, to be a little bit, I would say, I don’t know, grumpy or upset to play his best.”