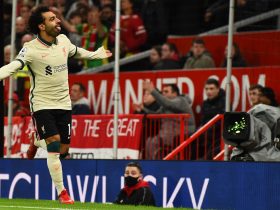 English giant Manchester City have made a tremendous comeback tonight against Crystal Palace. After conceding two goals early in the match, the Citizens successfully returned four goals to win the match. Man City’s new signing, Erling Haaland, got his first hat-trick in Man City’s jersey to get three points from this crucial match. The victory sees Manchester City at the top of the table.

After dropping points against Newcastle United in their previous game, Manchester City welcomed Crystal Palace at Etihad Stadium. The City boss Pep Guardiola set up the team formation with 4-3-3. He deployed Erling Haaland with Riyad Mahrez and Phil Foden in the front. Meanwhile, the Crystal Palace manager played his team in a 5-4-1 formation. The manager intended to play defensively against the Citizens.

After that, Man City have gone crazy to find the equalizer. They created many chances but couldn’t find the net. Moreover, the Eagles scored again in the 21st minute. This time, Joachim Anderson scored that goal to double the lead against the home team. Man City couldn’t return any goals in the first half. So, the Eagles went to the interval taking a two-goal lead.

Returning from the break, the Citizens changed their approach completely. They scored their first goal in the 53rd minute as Bernardo Silva found the net with the help of Rodri. Scoring the first goal, Manchester City got their confidence back. Then, Erling Haaland started his magic in the match. He helped Man City to level the scoreline by scoring a brilliant goal in the 62nd minute.

Eight minutes later, the striker scored his second goal in the match. This time, Jones Stones assisted Haaland to find the net. Moreover, the Norwegian scored again in the 81st minute to seal the victory for the Citizens. With this goal, Erling Haaland completed his first hat-trick in Man City’s shirt, which helped the Citizens to defeat Crystal Palace.