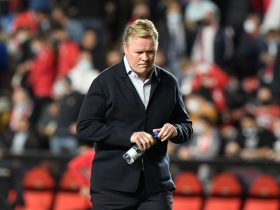 “Manchester United plc (NYSE:MANU), one of the most successful and historic sports clubs in the world, announces today that the Company’s Board of Directors (the “Board”) is commencing a process to explore strategic alternatives for the club.”

“The process is designed to enhance the club’s future growth, with the ultimate goal of positioning the club to capitalize on opportunities both on the pitch and commercially. “

“As part of this process, the Board will consider all strategic alternatives, including new investment into the club, a sale, or other transactions involving the Company.”

What did Avram Glazer say?

Manchester United’s co-owner Avram Glazer spoke for the first time after the announcement of selling the club. Today, he talked to Skysports, where he said, “As we announced yesterday, the board went through a process and decided it’s going to look at different strategic alternatives – and that’s what we’re doing. We’ll see where that leads us.”

However, The Apple is the strongest contender because of its financial condition. With a revenue of approximately £326 billion and an estimated asset value of £2 trillion, the tech giant is one of the world’s largest companies. Therefore, they are the favorite to become Man United’s new owner. But it will take time to know the new owner.