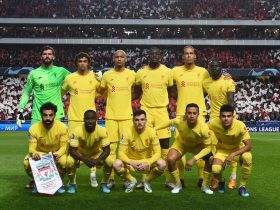 Tonight, English club Chelsea FC will face AC Milan in a crucial match in the UEFA Champions League. AC Milan will host the 2020-2021 champion at San Siro, where both teams have no alternatives than winning the game. However, AC Milan have a great chance tonight to take revenge for their defeat at Stamford Bridge in the 1st leg against Chelsea.

Both Chelsea and AC Milan couldn’t make a good start in the group stage of the Champions League. AC Milan started their journey in this tournament with a tie against RB Salzburg. But they got three points in their second game. On the other hand, Chelsea lost their first match in Group E and lost their 2nd match. However, they made a strong comeback against AC Milan at Stamford Bridge, where the Blues defeated AC Milan.

However, AC Milan’s records against any English club are not good enough. They lost four of their last five Champions League matches when they faced any English opponent. Moreover, the Black and Reds couldn’t win a single match against Chelsea since 1966. On the other hand, Chelsea are also winless in their seven meetings against any Italian side.

AC Milan, the home team, have a long injury list ahead of the Chelsea clash. Several key players are unavailable due to injury. Mike Maignan, Alessandro Florenzi, Zlatan Ibrahimovic, Junior Messias, Simon Kjaer, Davide Calabria, and Alexis Saelemaekers are all on the sidelines. However, Theo Hernandes is back on the squad after missing the clash against Juventus.

Milan manager Stefano Pioli’s trump card will be Rafael Leao. With him, the manager would feature Oliver Giroud and Diaz in the front.

On Chelsea’s side, they also have injury issues. The Chelsea boss will miss the service of N’Golo Kante and Hakim Ziyech. But Pierre Emerick-Aubameyang, Raheem Sterling, Ben Chilwell, and Reece James are ready to return with tonight’s clash.