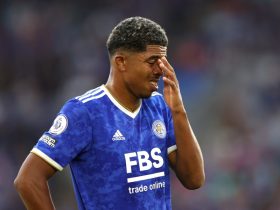 All about Chelsea’s transfer updates

Both Chelsea and Liverpool are having a very difficult season in the EPL. Liverpool had been one of the title contenders in the previous seasons, but they are not even close to the top four this season. Besides, Chelsea are also out of the top four.

From the start of the season, Liverpool have been suffering from injuries. They have a long injury list ahead of the Chelsea clash. Arthur, Luis Diaz, Diogo Jota, Roberto Firmino, and Virgil van Dijk all are out of the squad due to injury. However, Jurgen Klopp is hoping to get Darwin Nunez against the Blues.

In this winter transfer window, Liverpool signed Cody Gakpo. With the return of Darwin Nunez, Cody Gakpo might play in the left wing. Mohammad Salah will surely lead the attack from the right wing.

Elliot scored a winning goal for Liverpool against Wolves in the FA Cup. The manager will continue with him in the midfield. Fabinho and Thiago are strong candidates for Klopp ahead of the Chelsea match.

As for Chelsea, they may debut Mykhailo Mudryk tomorrow with the match against Liverpool. Joao Felix, who joined the Blues on a loan move, will miss the game due to a three-match suspension.

The Possible Lineup for Liverpool:

The Possible Lineup for Chelsea:

Jurgen Klopp on Chelsea and Arsenal

Liverpool boss Jurgen Klopp has talked about Chelsea and Arsenal in the press conference. He said, “When we did the analysis meeting, and you get a list of the other team and then [you see] the injuries – I think it’s the only team [Chelsea] with a similar injury list like ours. It’s tough, that’s the biggest problem.”

The manager added, “Honestly, Arsenal deserve to be where they are in the moment, play outstanding football, top, top, top. But cut out five players, or three of their offensive players, and nobody would think, ‘Oh Arsenal, where are you?”