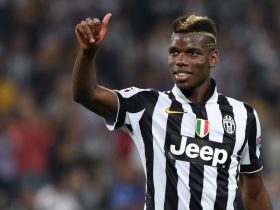 Manchester City have a massive clash this Saturday as they will face Manchester United in the English Premier League. So it is expected that Pep Guardiola will not take any risks with his key players. Guardiola is unlikely to play his main squad against Southampton.

The regular goalkeeper for Manchester City, Ederson, is unwell and not fit enough to play. Therefore, Stefan Ortega is the favorite to play between the goalposts for Man City. Moreover, Ruben Dias will also miss the match as he became injured during the World Cup.

As for Southampton, center-back Armel Bella-Kotchap will miss the clash due to a knee injury. Stuart Armstrong missed the victory over Crystal Palace, and the midfielder will not return in time for Wednesday’s match, Furthermore, Southampton will miss the service of Valentino Livramento, Juan Larios, Theo Walcott, and Alex McCarthy because of their injuries.

The Possible Lineup for Southampton:

The Possible Lineup for Manchester City:

Guardiola talked about Phillips and Rodri

In the pre-match press conference, Pep Guardiola talked about the possibility of Phillips. He said, “Kalvin has to fight with Rodri. For the benefit of all of us, Rodri cannot sleep. He has to have the feeling that someone is close to him to do it.”

Guardiola was also asked if Phillips would win against Rodri. He said, “Why not? It depends on him and how he is able to fight with Rodri. That’s why the big clubs have to have these options in these positions. Rodri knows a little bit more what we want to do.”