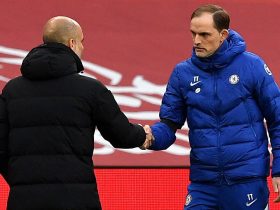 Today, Fulham were about to make a dream start as they were very close to defeating Liverpool. Despite taking the lead first, Fulham FC has failed to get the full three points against Liverpool. Mohammad Salah’s late goal saved Liverpool from losing the first match of their new campaign. They shared points with the home team at the Craven Cottage as the game ended in a 2-2 tie.

Liverpool traveled to the Craven Cottage to play their first game. Liverpool boss Jurgen Klopp set up the team formation with 4-3-3 in this match. The manager surprised everyone by benching Darwin Nunez and starting Roberto Firmino instead. On the other hand, Fulham’s manager played his team in a 4-2-3-1 formation. He deployed Andreas Pereira, who joined Fulham FC from Manchester United during the current transfer window.

The beginning was full of Liverpool’s dominance. They created some incredible chances. But, the home team stunned the visitors by scoring a brilliant goal in the 32nd minute. Fulham’s striker Aleksandar Mitrovic scored that goal with the help of Kenny Tete. After that, Liverpool have gone crazy. They became so desperate to find the equalizer after conceding the goal. But, the home team defended very well in the first half. So, the first half ended in 1-0.

Returning from the break, Jurgen Klopp replaced Roberto Firmino with Darwin Nunez, and guess what? The new signing scored his first ever PL goal in Liverpool’s shirt. He found the net in the 64th minute of the match. However, Fulham never lost track after conceding the goal. They created some crucial chances but failed to score. But Liverpool’s defender Virgil Van Dijk made a mistake in the 71st minute. He fouled Mitrovic inside the box. As a result, the match referee awarded a penalty kick to Fulham FC. Mitrovich took the penalty shoot and made no mistakes. So, the home team took the lead again.

It seemed Fulham FC were going to beat Liverpool. But the drama was yet to come. Liverpool’s forward Mohammad Salah found the net in the last ten minutes of the match to save Liverpool. As a result, the match ended in a 2-2 tie.