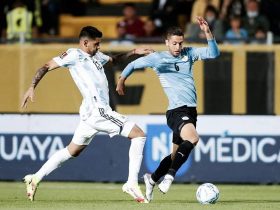 Morocco are living in their dream. They played an unbelievable game against Spain, the 2010 World Cup winner. Morocco just have created history in Qatar as they knocked out Spain to go to the quarterfinals. Spain were a favorite side in the match against the African side, Morocco. But despite being the favorite team, Enrique’s boys couldn’t score a single goal in the whole 90 minutes.

At the Educational City Stadium, Spain faced Morocco to play their round of 16 games. Spain was, obviously, the favorite side against Morocco. They have a team full of stars. Moreover, Spain are the only team in this Qatar World Cup to score seven goals in a single match. Therefore, the Spanish fans were hoping to win the game against the African horse, Morocco.

Luis Enrique, the manager of Spain, set up the team formation with 4-3-3. He didn’t make any major changes to the squad. The manager deployed Ferran Torres, Dani Olmo, and Marcus Asensio in the front. Spain’s midfield remained unchanged as Pedri and Gavi played alongside Sergio Busquets.

On the other hand, the Morocco boss also used the same formation as Enrique did. Hakim Ziyech led the attack, while Achraf Hakimi was like a general in the defense of Morocco.

However, both sides started playing attacking football from the very beginning. They were also aware of the defense. Spain, as usual, kept more possession. They played “Tikitaka” as they always did. But Enrique’s boys failed to break the Moroccan defense. Spain only had one shot on target in this match.

Unfortunately, both teams failed to score in 90 minutes. So, the game went to the extra time, where both sides had 30 more minutes to score. And guess what? The scoreline remained the same as both teams couldn’t find the net. Therefore, the match went to the tie-breaker.

To get the result, the match went to a penalty shootout. Morocco took the first kick and scored. But, Pablo Sarabia missed the first one for Spain as he hit the bar. Moreover, Spain missed the next two shots as Moroccan goalkeeper Yassine Bounou saved Soler and Busquets’ shots. And Achraf Hakimi scored the winning goal for Morocco to defeat Spain by 3-0 on penalties. Thus, Morocco have created history in the FIFA World Cup to secure a place in the quarterfinals.