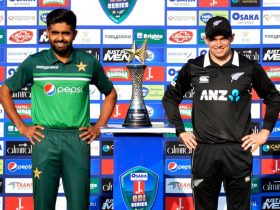 The home team, New Zealand, have won the second test match against Bangladesh and ended the series in a 1-1 tie. They beat the visitors by an innings and 117 runs. In the 2nd match, Bangladeshi skipper Mominul Haque won the toss. He decided to bowl first like the first match. However, legendary Kiwi batsman Ross Taylor has announced his retirement from test cricket. The second match against Bangladesh was the last game for Taylor.

The Kiwis ruled in the first innings.

After the batting collapse in the first test, the Kiwis have ruled in the first innings of the second test. They scored incredible runs against the visitors. New Zealand captain Tom Latham made a brilliant opening partnership with Will Young. They added 148 runs together on the scoreboard. But W. Young departed the pitch after picking up a half-century.

After that, the Kiwi captain made another magnificent partnership of 215 runs with Devon Conway. Both batsmen ruled the Bangladeshi bowlers. Conway got a century in this match. Before losing the wicket, he scored 109 runs with 12 boundaries. On the other side, Tom Latham played very comfortably on the pitch. He kept picking up runs on the scoreboard. After getting the century, Latham scored double hundreds in this match. Before losing the wicket to Mominul Haque, the Kiwi captain scored 252 runs with 34 boundaries and two over boundaries.

So, relying on the massive three individual runs, the Kiwi captain declared their first innings in 521 runs. Pacer Shoriful Islam and Ebadat Hossain got two wickets each, while Mominul Haque picked up the wicket of Tom Latham.

Trailing the massive score, Bangladesh couldn’t even fight in their first innings. They lost four wickets in just 11 runs. Mohammad Naim and Mominul Haque had to go back to the pavilion without scoring any runs. New Zealand pacer dominated in that innings. They did not allow the batsmen of Bangladesh to stay on the pitch for long. Especially, Trent Boult and Tim Southee were on fire. Boult took five wickets while Southee got three. As a result, Bangladesh became all-out in 126 runs.

Bangladesh was in the follow-on due to a very low score in the first innings. So, they had to start the second innings after the first one. But the batting scenario of the visitors didn’t change in the second part. Except for Liton Das, no one could score a significant run for Bangladesh. Liton got a century, but that was not enough to save the match. As a result, New Zealand won the second test and tied the series at 1-1. 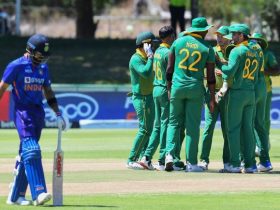 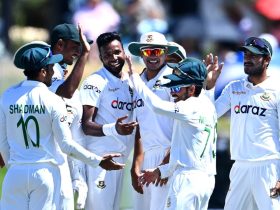 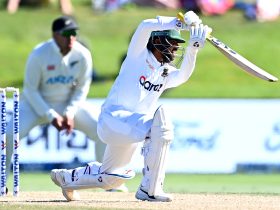 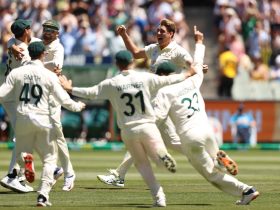 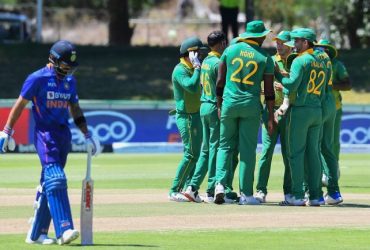 South Africa have sealed the three-match ODI series against India, ... 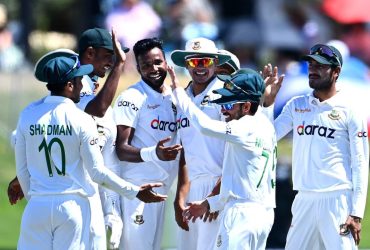 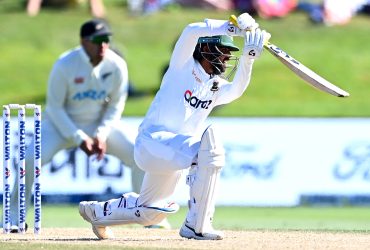