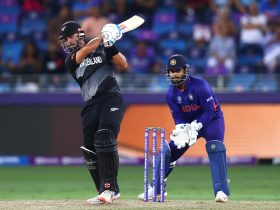 Pakistan are flying in the ICC Men’s T20 World Cup. They are continuing their winning run in this tournament. In the first match, Pakistan brilliantly beat India by ten wickets. Last night, they beat New Zealand by five wickets as well. After two matches Pakistan are standing on the top in Group 2 with four points.

Pakistan and New Zealand, the two teams from Group 2, have played last night at Sharjah International Cricket Stadium. Pakistan captain Babar Azam won the toss and decided to bowl first. He wanted to chase the target as they successfully chased against India. Pakistan, last night, played against New Zealand with an unchanged team. On the other hand, New Zealand have started their World Cup campaign with this match.

Martin Guptil and Daryl Mitchell started the innings for the Kiwis. But Guptil lost his wicket to Haris Rauf after scoring 17 runs. The other opener, Daryl Mitchell, tried to build up a partnership with captain Kane Williamson. After picking 18 runs together, Daryl Mitchell had to go back to the pavilion. Captain Kane Williamson, on the other hand, seemed to be set at the wicket. But unfortunately, he became run-out in the 14th over. He scored 25 runs before losing his wicket. Devon Conway added 27 runs for the Black Caps. The rest batsmen of New Zealand did not score any notable runs. As a result, New Zealand gave a target of 135 runs to Pakistan.

However, Haris Rauf picked up 4 wickets for Pakistan. Shaheen Afridi, Imad Wasim, and Mohammad Hafeez got one wicket each.

New Zealand fought very well to defend the run. They took the wicket of Babar Azam early in the innings. Babar, who scored a brilliant fifty against India, lost his wicket to Tim Southee. He scored only nine runs last night. But the other opener, Mohammad Rizwan, played a good knock. He did not score a half-century like against India but scored important 33 runs for Pakistan.

However, Pakistan were in trouble when Rizwan lost his wicket to Ish Sodhi. They lost three wickets in a very short time. But Shoaib Malik and Asif Ali were there to rescue the team. Shoaib Malik scored 26 runs from 20 balls. On the other hand, Asi Ali picked up 27 runs only from 12 balls. He hit three sixes and a four to win the match. 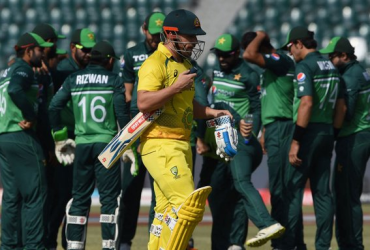 After losing the first ODI, Pakistan came back strongly in ... 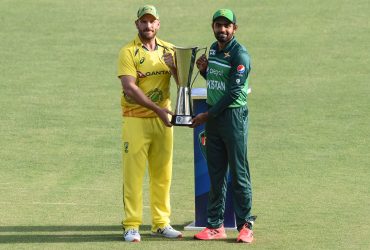 Australia have come to Pakistan to play a three-match ODI ... 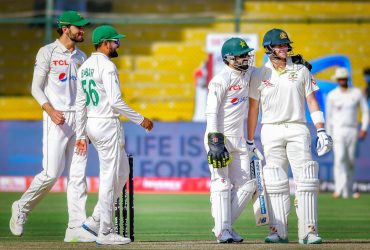 Australia have come to Pakistan to play a three-match test ...