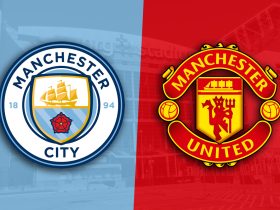 The match between Real Madrid and Celta Vigo is special for Real Madrid fans because the fans have returned to Santiago Bernabeu with this match for the first time since February 2020. Real Madrid home ground Santiago Bernabeu was under construction. So, they have been playing their home match at Alfredo Di Stefano Stadium as an alternative to Bernabeu. One year and seven months later, the Santiago Bernabeu got ready for the game, and about 19874 fans were present there.

Real Madrid faced Celta Vigo at Bernabeu, where they scored five goals and conceded two. The French World Cup winner Karim Benzema scored a hat-trick for the Los Blancos. But at the very beginning of the match, Celta Vigo forward Santi Mina scored the first goal of the match in the 4th minute. Iago Aspas provided the ball to Santi Mina, and he made no mistake. So that, Celta Vigo took the lead first against the Los Blancos. But they couldn’t keep the lead for a long time. Real Madrid number nine Karim Benzema equalized in the 24th minute. Real Madrid became more aggressive after bringing equality in the match. But they conceded once again as Celta Vigo midfielder Franco Cervi scored an impressive goal. Then again, Benzema equalized with his second goal. The third goal came from the Brazilian youth Vinicius Junior. With his goal, Real Madrid took the lead for the first time in this match. Real Madrid’s new signing, Eduardo Camavinga, came off the pitch in 66 minutes as a substitute for Eden Hazard. He scored in his debut match for the Los Blancos. At the last minutes of the game, Celta Vigo’s defender fouled Vinicius inside the box and Madrid got a penalty. Karim Benzema took the penalty and made no mistake. With this goal, Benzema got his first hat-trick of the new season.

Don’t miss:  United's chances this season: how far will they go?

However, the Real boss Carlo Ancelotti was pleased with the team performance. But he was concerned about his defensive line. He said to the media, “ The team has a lot of quality offensively, that’s clear. What wasn’t so clear was the defensive organization, which has to improve.