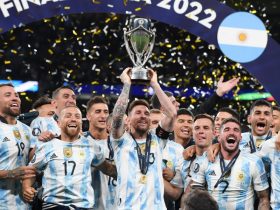 How will be Argentina’s squad for World Cup?

Brazil, the five-time world cup winner, were among the favorites in this Qatar World Cup. They came to Qatar to complete Mission Hexa. Unfortunately, they had to stop their mission in the quarterfinal as the Selecao lost to Croatia in a heart-breaking match. Brazil lost the game on the penalty shootout. However, here we have tried to find five reasons behind Brazil’s failure.

Despite having a very strong lineup, Brazil failed to score within 90 minutes. Undoubtedly, Brazil have one of the best squads in this world cup. They have many options for one position. But what suffered them the most was their poor combination.

Croatia are not in their prime form as they were in 2018 in Russia World Cup. Therefore, Brazil were supposed to score early and should have killed the game against the Croatian. But the Selecao failed to score in the first 90 minutes. Brazil’s forward, Richarlison, was not in his best form in this match.

A top-notch performance from Livakovic

Croatian goalkeeper Dominik Livakovic was the hero for Croatia in defeating Brazil. The goalkeeper made 11 saves in the first 90 minutes to keep Brazil goalless. Moreover, he made more saves in this match than in Allison’s entire performance in the Qatar World Cup.

Brazil could have scored two or more goals last night, but this match stepped forward to save Croatia. Moreover, Livakovic saved a crucial penalty in the tie-breaker to beat Brazil.

The tactical errors of Tite

Brazil manager Tite was tactically defeated by Croatian boss Zlatko Dalisic. The Selecao boss tried to play the gamble by replacing Vinicius Junior with Rodrygo. But his plan didn’t work out.

Vinicius Junior was one of the fastest players on the field last night. He broke the Croatian defense several times. But the manager replaced him in the 64th minute when Brazil hadn’t scored yet.

However, Neymar Jr scored a fantastic goal in the Extra Time. At that time, Brazil needed 15 more minutes to hold on. They were supposed to defend with the full squad at that time. But they didn’t. They gave lots of space to the Croatian players inside the box. As a result, Croatia took that advantage and scored in the 117th minute as Bruno Petkovic found the net in the crucial moment.

Another wrong decision came in the tie-breaker when Tite decided to give the ball to Rodrygo in the first kick. Rodrygo is only 21, but the manager gave the ball to him in the biggest show on earth. Rodrygo couldn’t keep his nerve calm and missed the kick. Furthermore, Brazil boss Tite left Neymar to take the final shot. Unfortunately, Croatia won before Neymar took the penalty as Marquinhos missed the 4th kick.