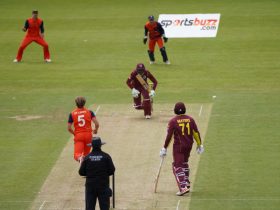 Roman Abramovich, the owner of the English club, Chelsea FC, has decided to sell the club. The Russian owner has come under tremendous pressure because of his communication with Russian President Vladimir Putin and the invasion of Ukraine. The UK Government is trying to impose sanctions on all the Russian oligarchs, including Roman Abramovich. That is why the Russian owner has decided to sell the club.

Abramovich bought Chelsea FC in 2003 for only £140m from the former owner Ken Bates. Since then, the London side club has won 19 trophies, including two Champions League and five Premier League titles. Now, the total value of Chelsea is around £3 billion. However, some billionaires of the USA and UK have already expressed interest in buying the club.

How much does Abramovich want for Chelsea?

As the Russian owner has decided to sell Chelsea, all eyes are now on the price tag. Abramovich is expecting to get  £3 billion from the buyers. According to Sky Sports, Roman Abramovich has turned down an offer of £2.5 billion earlier this week. Two American billionaires, Sir Jim Ratcliffe and Todd Boehly have expressed interest in acquiring Chelsea in the past. Now, let’s see whether they are still interested in acquiring the club.

What did Abramovich say?

The Chelsea owner has released a statement of his decision to sell the European Champion. In his statement, Abramovich said,

I would like to address the speculation in media over the past few days in relation to my ownership of Chelsea FC. As I have stated before, I have always taken decisions with the club’s best interest at heart. In the current situation, I have therefore taken the decision to sell the club, as I believe this is in the best interest of the club, the fans, the employees, as well as the club’s sponsors and partners.

Thomas Tuchel, the manager of Chelsea FC, gave updates on his team’s situations. While speaking to the media, Tuchel said,

It’s a bit too early to speak because I can only think about Chelsea with Roman Abramovich. So it’s very hard for me. It hasn’t sunk in yet that this is going to stop. It’s a massive change of course.