Italian team, Atalanta welcomed Manchester United at Atleti Azzurri d’Italia. Gian Piero Gasperini, the home team manager, set the team formation with 3-4-1-2. On the other hand, Manchester United boss Ole Gunnar Solskjaer followed the same setup that worked against Tottenham in the English Premier League. He used three center-backs with two wingbacks. But Manchester United had to change their formation as Raphael Varane left out in the 36th minute due to injury.

However, Atalanta took the lead in the 12th minute of the game. Josip Ilicic scored from the assist of Duvan Zapata. His shot beat David de Gea to find the net. Scoring the first goal, Atalanta became more aggressive in the first half. They kept pushing and creating chances. But Manchester United were back to the game as Cristiano Ronaldo scored just before half-time. That goal was a result of superb team-play. Mason Greenwood passed the ball to Bruno Fernandez inside the box. Bruno Fernandez has had a chance to take the shot there, but he passed it to Ronaldo. Finally, Ronaldo equalized in the 47th minute.

Atalanta doubled their lead on 56 minutes. Duvan Zapata, who provided the assist on the first goal, scored in the 56th minute. The goal seemed to be offside. However, the referee gave it to Atalanta after the VAR checking. Atalanta were about to win the match. But Cristiano Ronaldo scored again at the additional time. His bullet shot defeated the goalkeeper of Atalanta and found the net. As a result, the match ended in 1-1.

Manchester United manager Ole Gunner Solskajaer talked with the media after the match. He praised Cristiano Ronaldo. He also spoke about the goals. Ole said,

It’s a tight game, flows both ways. Their two goals [were] very tight. [I was] hoping for offside of course for the second and for the first as well, because I think he’s offside. I think he interferes with David’s view. The second is very close, good pass. But Cristiano’s is just incredible. That’s what he does. If there’s anyone you want the chance to fall to in the last minute… and it’s a difficult chance. He keeps his eye on the ball and his technique on that volley is incredible. 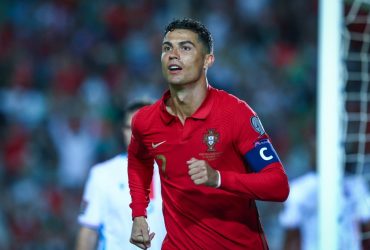 The Qatar World Cup is about to end. On December ...

The quarterfinals of the FIFA World Cup start tomorrow. However, ...