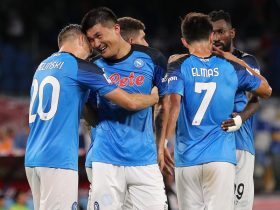 Football fans are eagerly waiting for the massive clash between Manchester City and Paris Saint-Germain. Both teams have a lot of star players in their squad. Moreover, both clubs are financially so strong.

However, Paris Saint-Germain will face Manchester City today in the UEFA Champions League match. English club, Manchester City, will host the match at Etihad Stadium. In the first match, PSG beat Man City with the goal from Idrissa Gueye and Lionel Messi. The Guardiola boys did not score in this match. Today they will have a chance to take revenge in their home stadium.

The good news for PSG fans is that Sergio Ramos is in the squad that traveled to Manchester. Sergio Ramos has not played a single game for PSG since he joined in the summer transfer window. He has been suffering from a calf injury for a long time. However, Ramos will probably play today’s game, but it is still uncertain.

Paris Saint-Germain boss Mauricio Pochettino has talked about Sergio Ramos in the pre-match conference. He said,

I don’t know. It is important to see his progress. One thing is to be able to train and it’s another to be at the level to be competitive, it is not the same.

However, there is no injury issue for PSG. So Pochettino will have a full-fit squad ahead of the match against Manchester City.

Manchester City will miss the service of their midfield maestro, Kevin de Bruyne. He has been tested Covid positive. Moreover, Jack Grealish has missed three matches for Manchester City. But he could return today. While speaking about Leo Messi, Manchester City boss Pep Guardiola said, Bruno and Rashford seal the Derby at Old Trafford

Manchester United have won a dramatic match against the city ... 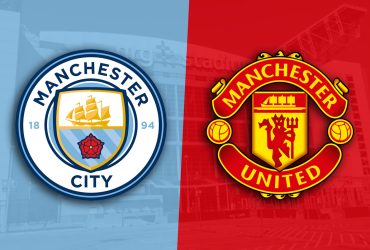 A massive clash is waiting at Old Trafford as Manchester ...