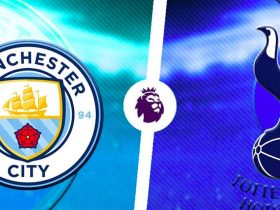 The Spanish giant, Real Madrid, showed the world once again why they are the best team in the UEFA Champions League. No other team has half of the titles as Real Madrid have except AC Milan. Last night, the Los Blancos won their 14th UCL trophy by defeating Liverpool at Stade de France.

Stade de France arranged the final match of the UEFA Champions League between Real Madrid and Liverpool. But the game didn’t start on time. The match was delayed for 36 minutes because all the fans couldn’t enter the stadium at the right time. However, the clash started 36 minutes later.

Carlo Ancelotti, the manager of Real Madrid, set up the team formation with 4-3-3. He didn’t make any changes in the squad. In the midfield, Ancelotti trusted his experienced trio, Modric, Tony Kroos, and Casemiro. On the other hand, Liverpool’s manager Jurgen Klopp played his team in the same formation as Ancelotti. He deployed Salah, Mane, and Luis Diaz in the front.

Anyway, Liverpool dominated the entire first half. They literally run a roller coaster over Real Madrid in the first part. The English side didn’t allow the Los Blancos to take any shots. Moreover, Liverpool took ten shots during the first 45 minutes but failed to find the net. However, Karim Benzema scored a goal for Real Madrid at the very last moment of the first half, but the match referee ruled it out due to offside. As a result, the first half ended in 0-0.

Returning from the break, Real Madrid tried to settle down on the pitch. They played relatively better football than the first part. Finally, the Los Blancos found the net in the 59th minute as Vinicius Junior scored a stunning goal with the help of Federico Valverde.

Conceding the goal, Liverpool had gone wild. They tried for their lives to find the equalizer. They created some massive chances. But, all their efforts failed at Thibaut Courtois. This man made nine saves against Liverpool to save Real Madrid. His heroic and unreal performance helped Real Madrid not to concede any goals. As a result, the Los Blancos successfully held the lead till the end of the match. So after 90 minutes, Real Madrid won the match by 1-0 and lifted their 14th UCL title.