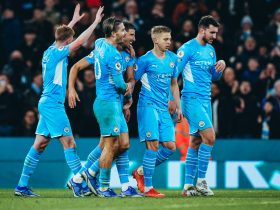 The round of 16 of the UEFA Champions League is starting today. Today, four teams will play the first leg of this round. Premier league table topper Manchester City will travel to Portugal to play against Sporting CP. However, the most exciting match of this round will take place between Real Madrid and Paris Saint-Germain today. The French side is ready to host the La Liga table topper at Parc des Princes.

Real Madrid is one of the most successful clubs in the history of the UEFA Champions League. They have won 13 titles in this tournament. Meanwhile, Paris Saint-Germain have never won a single trophy of the UCL. But their squad is one of the richest among all clubs. Every year, they become the top contender of this tournament. Unfortunately, the team has yet to win the tournament.

Paris Saint-Germain are ready to welcome Real Madrid at Parc des Princes. As the home team, PSG will surely get tremendous support from the gallery. It is the first leg of this round. After that match, the French side will travel to Spain to play the second leg against Real Madrid. During the knockout round, each team will play two legs.

However, both PSG and Real Madrid are the table topper in their respective leagues. The Ancelotti boys are standing on the top with 54 points. Moreover, they lost just one of their previous ten games in all competitions. On the other hand, PSG are in the top with 59 points in League 1. In addition, PSG haven’t lost in the previous two meetings against the Galácticos. So, football fans around the world will witness a very competitive match tonight.

There is some good news for the PSG fans. Brazilian superstar Neymar Jr has returned to the training ground ahead of the Tuesday clash against Real Madrid. Neymar hasn’t played a single match for the French side since the last November due to an ankle injury. However, he has overcome and trained with the team. So, the PSG fans might see him anytime in the match. But the sad thing is, Sergio Ramos, former captain of Real Madrid, will miss the match as he is still recovering from injury.

On the other hand, Madrid striker Karim Benzema is still under doubt. He missed the last two matches for Real Madrid. But Ancelotti will wait for him until the last. However, Eden Hazard is fit again. Gareth Bale is another option for the Madrid manager if Benzema misses the match.