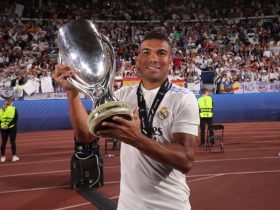 A lot of things have changed during the international break. Xavi Hernandez has become the manager of FC Barcelona. On the other side, Manchester United sacked their manager, Ole Gunnar Solskjaer.

But, Dynamo Kyiv are still looking for a victory in this tournament. They are the only team in Group E who have not won a single game yet. As a result, Dynamo Kyiv remain at the bottom of the table.

Don’t miss:  Barcelona have been eliminated from the UCL

There is some bad news for Bayern. Joshua Kimmich, Serge Gnabry, and Maxim Choupo-Moting will miss the match due to quarantine rules. Moreover, Kingsley Coman has been ruled out due to injury.

Manchester United are having a difficult time. They have sacked their manager, Ole Gunnar Solskjaer, after the awful defeat against Watford. Now, the Manchester United board has appointed Michael Carrick as the interim manager of this club.

However, the match against Villarreal is a crucial match for the Red Devil. They are not in a comfort zone despite standing on the top of the table. Both Manchester United and Villarreal have equal points. So this game is a massive opportunity for both teams to make a margin with each other.

Manchester United will miss the service of Mason Greenwood. Moreover, Edinson Cavani and Raphael Varane will also miss the match against Villarreal due to injury. On the other hand, Luke Shaw is still in doubt ahead of the game.

Juan Foyth has returned to the squad of Villarreal. Serge Aurier, who has joined the Yellow Submarine from Tottenham, is still ineligible for the group stage of the UEFA Champions League. The rest squad is fit for the clash against the Red Devil.