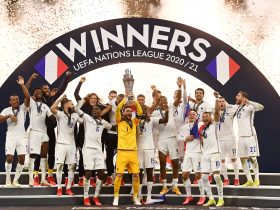 The UEFA Nations League is back following the international break. There were several big teams playing in the Nations League last night, including France, Belgium, Croatia, and the Netherlands. However, Belgium sealed the victory against Wales, while France beat Austria with a two-goal margin.

Belgium faced Wales last night in Group 4. Wales haven’t won a single match in Group 4. So, they went to Belgium to seal their first victory. In this match, Belgium manager Roberto Martinez played his best possible XI against Wales. He set up the team formation with 3-4-2-1. The manager deployed Kevin de Bruyne in the midfield with Eden Hazard. On the other hand, Wales boss Rob Page also used the 3-4-2-1 formation against the home team.

Anyway, Belgium dominated the first half as the home team. They started pressing the opponents from the beginning of the game. As a result, Belgium didn’t have to wait much to take the lead. Midfield maestro Kevin de Bruyne first wrote his name on the scoresheet as he found the net in the 10th minute.

The home team doubled their lead in the first half. In the 37th minute, Michy Batshuayi scored the 2nd goal for Belgium with De Bruyne’s assist. However, Wales returned a goal in the 2nd half, but that was not enough to get points from this match.

The world champion France beat Austria at Stade de France. Last night, they faced off each other in Group 1. France are not in their top form for a long time. Before the Austria clash, France didn’t win a single match after playing four games in the Nations League. They lost two and tied two.

However, France had to win the match against Austria to keep the hope for the next round alive. So, the France boss Didier Deschamps played a very strong line-up against Austria. He set up the team formation with 3-4-1-2, where Kylian Mbappe and Oliver Giroud played as the front two. 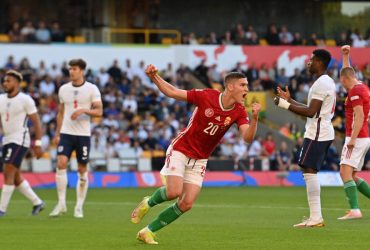 The tough times continue with England. They are the only ... 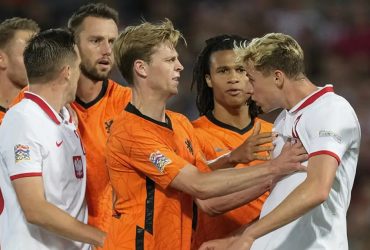 Last night, the Netherlands made a dramatic comeback against Poland ...