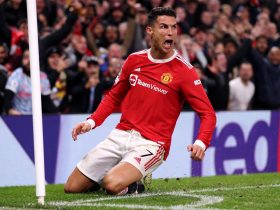 The FIFA World Cup starts tomorrow in Qatar with the match between Ecuador and the host, Qatar. Argentina will play their first match two days after the opening ceremony. However, Argentine boss Lionel Scaloni has given an exclusive interview with the Daily Ole, where he shared his previous experience and his view about the World Cup.

On becoming the manager of Argentina

Lionel Scaloni shared his opinion on becoming the manager of Argentina. Scaloni was appointed as the manager of Argentina in 2018. While asked how it feels to be the manager, Scaloni said, “The same thing I felt when I lived it as a footballer. It is a unique emotion, a maximum responsibility and, above all, the joy of being able to enjoy it. The key is there, to enjoy the moment, the World Cup, to have the best time. Professionalism, commitment, preparation are not exempt here, all that has to be summarized within the process of enjoying as well.”

Don’t miss:  Egypt secured the semi-final of the AFCON

“The World Cup is very cruel, very unfair to those who really deserve it”

Scaloni said, “The most important thing is that we all know it: in a World Cup, a mistake, a fatality or something that happens to you unexpectedly, can leave you out. And there are plenty of examples, like Argentina in 2002, which was left out undeservedly. It was for an unfair penalty with England, which was not.”

“The World Cup is very cruel, very unfair to those who really deserve it. Some teams reach the finals despite not showing superiority during the championship but developing a promotion from the first games that allowed them to reach the finals in the best way,” said the Argentine boss.

Plan for the tournament