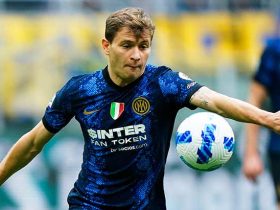 The English Premier League will feature five matches today. The English giant Manchester United will host Southampton FC at Old Trafford. After a while, Watford will face Brighton at the Vicarage Road. In addition to Everton, Leeds, Crystal Palace, and Brentford, they will all be playing at the same time.

Manchester United, the sixth team in the league table, are looking forward to facing Southampton FC at Old Trafford. The Red Devils are still suffering in the league. They are not consistent in every match. One match ago, they were in fourth place on the point table. But now they are standing on the sixth after a disappointing draw against Burnley FC.

However, the Rangnick boys have won two of their last five games in the English Premier League. Moreover, the Red Devils are unbeaten in their last 11 league games against Southampton FC. The last time Manchester United lost to the Saints was in 2016.

On the other side, the visitors are also not having a good time in the league. They were in the top six early in the season. Somehow they lost that tempo. As a result, Southampton FC are standing on the 10th after 23 matches. In addition, the Saints are only one point behind Aston Villa. Therefore, the match is vital for the visitors to maintain their position at the table.

In the match against Burnley FC, the Manchester United boss benched Cristiano Ronaldo and started Edinson Cavani. Today, the manager might start Edi Cavani again as he played brilliantly in the last match. However, the home team will miss the service of some key players. Brazil international Fred is still isolated with the Corona Virus. Moreover, Nemanja Matic and Eric Baily are likely to miss the match against the Saints due to injuries. Anyway, Alex Telles has returned to the training ground after suffering from the Covid-19.

Don’t miss:  Manchester Derby: Everything you need to know

Alex resumed training yesterday. He might be available, I’ll have to speak to him after training today about how he feels because he was out for one and a half, almost two weeks but he took part in training yesterday. The three players who will not be available tomorrow are still Eric Bailly, Fred, obviously because he was still testing positive, and Nemanja Matic. He has some problems with his shin.