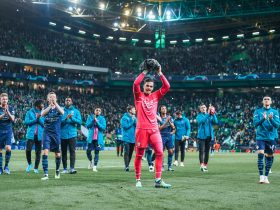 A few days ago, Ronaldo told Allegri, the manager of Juventus, that he wants to leave the club. Juventus also wanted him to leave the club because of financial issues. So, Jorge Mendes started talking to some clubs about Ronaldo’s possible move. He contacted Manchester City. Manchester City weren’t willing to pay a fee to Juventus. But Juventus do not allow to leave Ronaldo for free. Ronaldo’s agent Jorge Mendes was negotiating with the City.

But everything has changed since Ole’s press conference. Manchester United manager Ole Gunnar Solskjaer says- We’ve always had a good communication. I know Bruno has been talking to him as well. He (Ronaldo) knows what we feel about him. If he was ever going to move from Juventus, he knows that we are here.

Since then, Jorge Mendes has had direct contact with United. On the other side, Bruno Fernandez was pushing Ronaldo to come here. Bruno called him again and again. Finally, Manchester United agreed with Juventus for signing Cristiano Ronaldo.

Now, Cristiano Ronaldo is coming back to his home. The fans of Manchester United become crazy to see their star back to the Old Trafford.

Only Manchester United confirmed that they are going to re-sign Cristiano Ronaldo. But they didn’t give any information about contract details. We collect some information from very reliable sources about the details of Ronaldo’s contract. Manchester United will pay €15m plus €8m ad ons to Juventus. So the deal is around €23m in total. They re-sign Ronaldo for two years initially. But the personal terms have not been revealed yet. It is expected that he will arrive in Manchester in two or three days.

Manchester United have a fantastic transfer window this year. They have signed Raphael Varane, Jadon Sancho, and finally Cristiano Ronaldo. Fans are hoping that their team can win a major trophy this season.