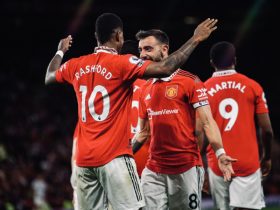 UEFA champions league will start from 14 September. Fans are passionately waiting for this. The draw for the Champions League was held yesterday in Istanbul, Turkey.

Three former UCL winners will face each other in group B. Group B consists of four teams. They are,

All of them have won at least one Champions league except Atletico Madrid. Liverpool have won their sixth UCL title in 2019, beating Tottenham Hotspur by 2-0 goals. AC Milan is the second-highest Champions League winner. They have won the title for the seventh time. Although, they return to the UCL for the first time since 2014. AC Milan have completed their league campaign in the 2nd position last year. So AC Milan fans are hoping their team will play better in the Champions League.

FC Porto played impressive football in last year’s competition. They knocked out Juventus and beat Chelsea at Stamford Bridge. FC Porto have finished their league campaign in the 2nd position last year. They also have won two titles of the Champions League. They got the first title under Artur Jorge in 1987, and the second one was under Jose Mourinho in 2004.

Don’t miss:  Manchester United: The rebuilding process is on

On the other hand, Atletico Madrid never won the Champions League title, but they lost three times in the final of this tournament. However, Atletico Madrid is the current champion of La Liga. They lifted the trophy, beating Real Madrid and FC Barcelona.

Following the UEFA Champions League draw, football experts referred to Group B as the Death Group. It is one of the toughest groups of this tournament. All the four teams are really strong. They performed very well in their domestic league.

Although, Liverpool couldn’t do very well in the last year. But their main man in the defense, Virgil Van Dijk is back in the squad. Their forwards are getting goals in the league. Overall, Liverpool are in good form this year.

Atletico Madrid and AC Milan are also doing great in their league. After bringing Zlatan Ibrahimović, AC Milan become a strong team. On the contrary, Luis Suarez and Angel Correa can score many goals for Atletico Madrid. They have signed Rodrigo de Paul from Udinese. He was one of the best players in Copa America 2021.  FC Porto is also a balanced team. They have the ability to beat any team. Last year they proved themselves. It is difficult to predict which team will qualify in the second round. That’s why we choose Group B as Group of Death.