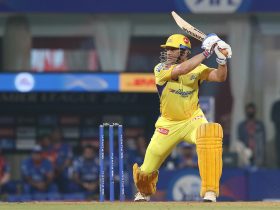 In the series-deciding match, Pakistan welcomed Ireland at the Gaddafi Stadium. Laura Delany, the skipper of Ireland, won the toss and decided to bat first in this match. So, Amy Hunter and Gaby Lewis came into the crease to start their batting innings.

It was a must-win game for both sides, therefore, two openers of Ireland tried to play aggressively from the beginning. They started hitting boundaries from the first over of the innings. Moreover, the two openers kept the Run Rate above ten.

Relying on Amy Hunter and Gaby Lewis, Ireland had a fantastic opening partnership against the home team. They added 110 runs together on the scoreboard. However, their partnership broke in the 13th over when Nashra Sandu picked up Amy Hunter. She scored 40 runs before leaving the pitch.

On the other hand, Gaby Lewis followed the same way as her previous batter did. She lost her wicket to Ghulam Fatima in the 15th over, scoring the highest 71 runs for the Irish. In addition, Orla Prendergast added 37 runs in the middle order. Relying on these scores, Ireland ended their innings with 164 runs.

Defending the score, the Irish women had a flying start. They picked up the first wicket in 3rd over as Sidra Ameen departed the crease, scoring four runs only.

After that, Javeria Khan tried to handle the situation with Muneeba Ali. They made a partnership of 29 runs. Unfortunately, they couldn’t go far as Muneeba Ali lost her wicket in the 7th over.

Javeria Khan tried very hard to chase the target, but the other batters failed to contribute much to the team. Javeria Khan scored the highest 50 runs from 37 balls. But that wasn’t enough to win the match. Irish captain Laura Delany and Nora Kelly picked up three wickets for each to destroy Pakistan’s batting lineup. Due to their aggression, Pakistan became all-out in 133 runs. Therefore, Ireland won the match by 34 runs and sealed the series.