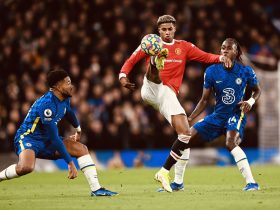 Why does Manchester United go for a 30-year-old player?

Manchester United have needed a defensive midfielder for years. Currently, Fred and Scott McTominay are playing the defensive role at Manchester United. But their performance couldn’t satisfy the new manager, Erik ten Hag. That is why the Red Devils have been trying to sign Frankie de Jong from FC Barcelona. Both clubs agreed on this deal, but Frankie de Jong wanted to stay at Barcelona. As a result, the deal couldn’t be done during this window.

However, Man United immediately contacted the agent of Casemiro. The first meeting was fruitful for both sides. Today, Casemiro had a meeting with Real Madrid’s boss Carlo Ancelotti. Ancelotti has approved his departure. The manager had a press conference today to clarify Casemiro’s situation. He said, “I have spoken with Casemiro. He wants to try a new challenge, so we understand his decision. Negotiations are ongoing but he has decided to leave Real Madrid, we love him and respect his decision.” Carlo Ancelotti added, “Casemiro will not play on Saturday. Yesterday, I realized it was a real thing.”

Don’t miss:  United's chances this season: how far will they go?

After reaching an agreement between the parties, Manchester United will pay a fixed fee of €60 million plus an additional €10 million. However, Casemiro will sign a four-year contract for Manchester United. Moreover, the English club will also have an option to extend his contract for one year.

Casemiro’s salary at Manchester United is yet to be revealed. But Man United will pay him more than Real Madrid did. However, the Brazil international will fly to England to complete his medical, according to The Marca. But Casemiro will not be available for the Sunday clash, where Manchester United will face Liverpool FC at Old Trafford.