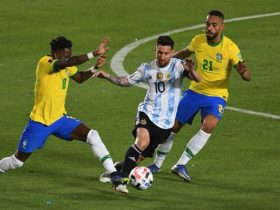 The wait is over. FIFA World Cup, the greatest show on earth, ends tomorrow with the Grand Finale. Lionel Messi’s Argentina will face defending champion France at Lusail Stadium. This match is very special for Lionel Messi as he declared before that Qatar World Cup would be his last world cup. Lionel Messi has won everything except one trophy, the World Cup. Can he make it tomorrow?

France won the first world cup in 1998. Since then, they have reached four finals, including Qatar World Cup. Besides, Argentina reached two finals in the last three tournaments. However, Argentina haven’t won the Golden Trophy since 1986.

There have been many rumors surrounding France and Karim Benzema. Karim Benzema has been ruled out from the 26-men squad due to an injury. But, French manager Didier Deschamps didn’t call another player to replace Benzema. Therefore, the manager has the chance to call Benzema again.

Moreover, France have more injury concerns ahead of the final. Varane, Upamecano, and Konate trained separately since they all have illnesses. Adrien Rabiot and Kingsley Coman missed the semifinal clash against Morocco due to illness. However, Didier Deschamps expects all the players will be available for the final.

As for Argentina, the biggest confusion is about Angel Di Maria. The Argentine became injured in the final match of the Group round. He hasn’t played the quarter and the semifinal as well. But, Angel Di Maria has recovered and is ready to play the final. Besides, Lionel Messi was absent from the first day’s training session. But he trained yesterday with the full squad. The remaining players are fully fit to play against France.