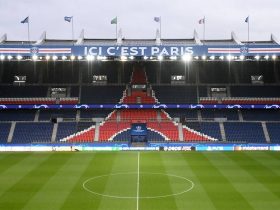 Manchester City have won the Derby at the Etihad Stadium by scoring four goals against the Red Devils. With this victory, the Guardiola boys completed their league double over Manchester United for the first time since the 2018-2019 season. However, Man City did it four times before. Anyway, the Citizens go six points clear from their closest rival, Liverpool. On the other hand, Man United have slipped down from the top four places after losing the Derby. Arsenal FC overtook them with 48 points. The Rangnick boys are standing on 5th with 47 points.

Last night, the Red Devils traveled to the Etihad Stadium to play against the home team, Manchester City. In this match, the Man United manager missed the service of several players. Cristiano Ronaldo, the biggest star of this club, missed the game because of an injury. In addition, Raphael Varane and Edinson Cavani also missed the match for the same reason. As a result, the manager had to replace some players.

He set the team formation with 4-2-3-1. In the front, he used Sancho and Pogba along with Elanga. Bruno played as the attacking midfielder while Mctominay and Fred played as the defensive midfielder. On the other side, Guardiola used his usual formation, 4-3-3.

The home team took the lead at the beginning of the match. Kavin de Bruyne’s bullet shot found the net in the 5th minute.  However, the visitors fought well in the first half. They equalized in the 22nd minute as Jadon Sancho netted the ball with the help of Paul Pogba. But the home team didn’t take much time to take the lead again. Within six minutes, De Bruyne scored his second goal. So the first half ended in 2-1.

The home team dominated the whole second half. They created so many chances after halftime. Due to the high pressing of the Citizens, the defense of Manchester United became very sloppy. They made many errors in this match. As a result, the home team took the advantage of this. In the 68th minute, Manchester City doubled their lead as Riyad Maharez scored a brilliant goal. He also scored a goal in the injury time. In the end, Man City won the Derby by a wide margin.