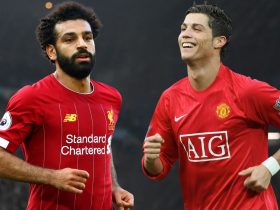 There has been massive breaking news on the internet for Man United fans. British billionaire Sir Jim Ratcliffe has shown heavy interest in buying Manchester United, the most successful club in England. Before that, Elon Musk tweeted that he would be going to buy Man United, but he clarified later that was a part of his joke. Within a few hours, Sir Jim Ratcliffe expressed his desire to buy the Red Devils.
Man United’s owner, the American Glazer family, is under tremendous pressure as the club stands at the bottom of the table. Manchester United lost both of their first two games in the English Premier League. The Red Devils have failed to win the title since Sir Alex left the club in 2013. Moreover, Manchester United are trophyless for the last five years. All these failures make the fans angry with the owners of the club. That is why the Glazer family is considering selling a minority stake in the club, according to the Bloomberg report.
Jim Ratcliffe tried to sign Chelsea FC this year. But he failed to buy the club. In addition, the British billionaire was born in Manchester. He is also a fan of the club. “If the club is for sale, Jim is definitely a potential buyer,” Jim Ratcliffe’s spokesperson told The Times.
Sir Jim Ratcliffe owns many sports clubs. He is the owner of the Ligue 1 side, Nice, Swiss club Lausanne-Sport and Ineos Grenadiers cycling team. Now the British billionaire is serious about buying Manchester United. While talking to The Times, Ratcliffe’s spokesperson said, “This is not about the money that has been spent or not spent. Jim is looking at what can be done now and, knowing how important the club is to the city, it feels like the time is right for a reset.”
Manchester United Supporters’ Trust (MUST) has welcomed the interest from the British billionaire. Their spokesperson said, “Any prospective new owner has to be committed to the culture, ethos and best traditions of the club. They have to be willing to invest to restore United to former glories, and that investment must be real new money spent on the playing side and the stadium.”