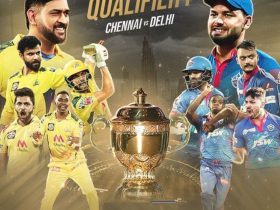 Mighty Australia have come to Sri Lanka to play a five-match ODI series. Although Australia won the first match, the home team came back brilliantly in the second match of the series. They defeated the Aussies by 26 runs at the Pallekele International Cricket Stadium. Chamika Karunaratne won the Player of the Match award for his brilliant performance in the match.

Aaron Finch, the skipper of Australia, won the toss at the Pallekele Stadium and decided to bowl first. As the pitch was in favor of the bowlers, the captain opted to bowl first. However, Danushka Gunathilaka and Pathum Nissanka came off the pitch to start the innings for Sri Lanka.

As the pitch was not batting friendly, both openers played very carefully. They were a bit slow in picking runs. Despite being so careful, they couldn’t make a long partnership. In the 6th over, Pathum Nissanka lost the wicket to Matthew Kuhnemann. After a while, Danushkka Gunathilaka also departed the pitch. Before losing the wicket, he scored 18 off 30 balls.

After that, Kusal Medis and Dhananjaya de Silva made a brilliant partnership for Sri Lanka. Together they added 61 runs on the scoreboard. They looked very comfortable on the pitch. But their partnership broke suddenly when De Silva had to go back to the pavilion. Before losing the wicket, Silva scored 34 runs. A few moments later, Kusal Mendis also followed his partner. He scored the highest 36 runs for the Lankans. In addition, Dasun Shanaka added 34 runs in the middle order. Unfortunately, the remaining batters couldn’t contribute much. As a result, Sri Lanka ended their innings with 220 runs.

Chasing the target, Australia had a brilliant start. Captain Finch and Warner added 39 runs in the opening partnership. Their collaboration could go far if Finch didn’t lose the wicket. De Silva took the wicket of the Aussie skipper. Anyway, the match was under Australia’s control until the 34th over. Australia needed only 46 runs in ten overs. They also had five wickets in hand. But, the magic then happened. Lankan bowler Chamika Karunarathne fired up at that moment. In between 170 to 189 runs, Australia lost all of their remaining five wickets. Chamika Karunarathne got three crucial wickets for Sri Lanka, which earned a necessary victory for the home team.