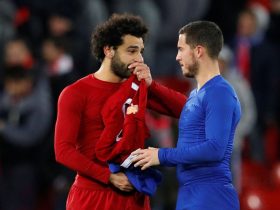 The 2021-2022 season is ending for the top European football league. After this season, the summer transfer window will open for the teams to sign or sell the players. Many clubs have already been dealing with players, while some are searching for new managers.

The English club, Manchester United, have been looking for a new manager since they sacked Ole Gunner Solskjaer. They have appointed Ralf Rangnick as the interim manager and are trying to get a permanent manager because the club doesn’t think Rangnick is suitable for the permanent post. There are many managers who are on the shortlist of Manchester United. Mauricio Pochettino, Erick Ten Hag and Julen Lopetegui are among them. But, Erik Ten Hag, the Ajax manager, is leading the race to become the new manager of Man United.

Ten Hag has done a magnificent job for Ajax this season. That attracted the Red Devils to appoint him as the permanent manager. One year back, Tottenham also wanted him. But his incompetence in English prevented the agreement from being completed. However, Ten Hag has improved his English level since then. Man United have already interviewed him and have satisfied with his English. Ten Hag also asked Manchester United about their budget for the upcoming transfer window. The Red Devils board will make a final decision in the coming days.

Don’t miss:  Argentina are about to break Italy's unbeaten streak

Has Di Maria played the last game in Argentina?

The Argentina international, Di Maria, played twenty minutes for Argentina against Venezuela. It was the last match for Argentina before the Qatar World Cup 2022. Fans around the world were excited to know the future of Angel Di Maria. The Argentine forward isn’t a regular for Scaloni, manager of Argentina. In addition, Di Maria is 34 years old and is likely to retire after the World Cup. However, Angel Di Maria posted on his Instagram account about his future. There he said,

I’m just going to say thank you for the huge love I received. I always dreamt about everything I lived on this beautiful night. Surely, it was my last game with this shirt in Argentina.